Never Marry the Guy Who Treats You This Way 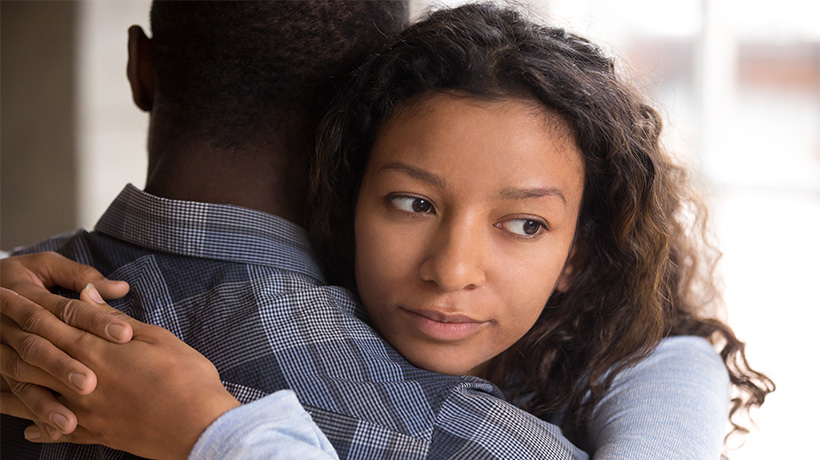 Love is something we all hope to find one day. However, what if you’re in a relationship and are having a hard time?

This doesn’t mean relationships won’t have complications; it’s always good to resolve any issues you have. When you think of a life partner for yourself, you want someone you can communicate with and trust. However, what are some of the red flags we don’t always notice in a relationship? These are the major reasons why you shouldn’t marry him.

He doesn’t respect you
If he doesn’t value your opinions, it shows that he doesn’t perceive you as his equal. He may actually feel that you are inferior to him. He, of all people, should stand by your side and listen to what you have to say, and take your word into consideration, so you can make decisions together. He may not be the right guy for you if he doesn’t treat you as his equal.

He hurts you mentally and emotionally
Most women I know who’ve been in abusive relationships shut down in the presence of their partner’s anger and violence. If they are acting abusively by calling you names, hitting you, or any kind of mental and/or physical abuse, leave that relationship. A relationship with abuse is not a healthy relationship of any kind. No healthy relationship can be built on fear because you never know when his actions may escalate. The person you love shouldn’t be someone you are afraid of.

He stagnates the relationship
You can want to move on to the next step but he wants to keep everything the way it is. He is happy with things stagnating and being the same, similar to when you first started dating. He won’t let you meet his parents, take you home, and meet his friends. He doesn’t talk about your future or tell you anything that is important to him. A man like that is not serious about the relationship and isn’t on the same page as you. Although you may be serious about him, he definitely doesn’t feel the same. A man who wants you in his life will introduce you to people close to him and would want to move forward.

He cheats
The foundation of a relationship is trust and communication. And if either of these is broken, then he is not worth your time. Someone who cheats has broken the first foundation of the relationship. Even if he acknowledges and apologizes, his mistake makes it difficult for you to fully trust him again. This can cause a lot of mental pressure and is a huge heartache.