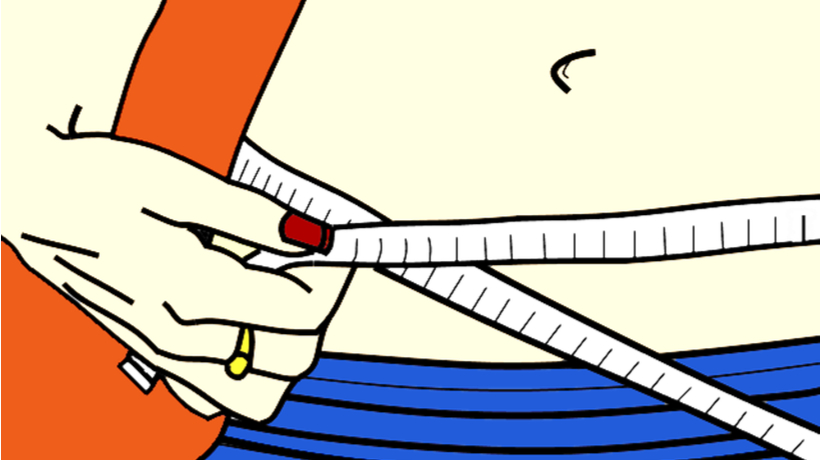 Can’t figure out why you just can’t seem to lose that belly fat?

Recent studies have found that vitamin D might protect against heart failure, diabetes, and cancer, and that deficiencies in the nutrient can cause hair loss. But now, there might be yet another reason to up your intake: new research has linked low levels of vitamin D and obesity.

Vitamin D deficiency is among the most prevalent of all nutrient deficiencies, affecting around 40 percent of the United States population. Experts have called it “an ignored epidemic,” estimating that over 1 billion people internationally are not getting enough.

The team of Netherland researchers from the VU University Medical Center and Leiden University Medical Center aimed to determine whether the type and location of fat played a role. Looking at thousands of men and women aged 45–65, the researchers focused on total fat, abdominal subcutaneous adipose tissue (belly fat under the skin), visceral adipose tissue (around the organs) and hepatic fat (in the liver). The scientists adjusted their observed data to account for a range of variables, including alcohol intake, smoking, ethnicity, education level, chronic disease and physical activity levels.

The findings suggest that obese people who carry excess fat in the belly are at the highest risk for a vitamin D deficiency.

“The strong relationship between increasing amounts of abdominal fats and lower levels of vitamin D suggests that individuals with larger waistlines are at a greater risk of developing a deficiency, and should consider having their vitamin D levels checked,” explained lead researcher Rachida Rafiq.

When broken down by gender, the researchers discovered that in women, both abdominal as well as total fat were associated with lower vitamin D levels, but that abdominal fat had a greater correlation with deficiencies. The study also found that for obese women, higher amounts of liver fat were linked to lower levels of vitamin D.

Unfortunately, it’s impossible to reach any conclusions about a precise cause-effect relationship: It’s still unknown whether vitamin D deficiency can lead to weight gain, or if abdominal fat can cause levels of vitamin D to drop.

“We cannot draw a conclusion on the direction or cause of the association between obesity and vitamin D levels,” said Rafiq in a press release, “however, this strong association may point to a possible role for vitamin D in abdominal fat storage and function.”

But the link found between vitamin D deficiency and obesity was strong enough to suggest that either obesity causes the body to shed more of vitamin D, or that deficiencies predispose people to store more fat, especially in the stomach.