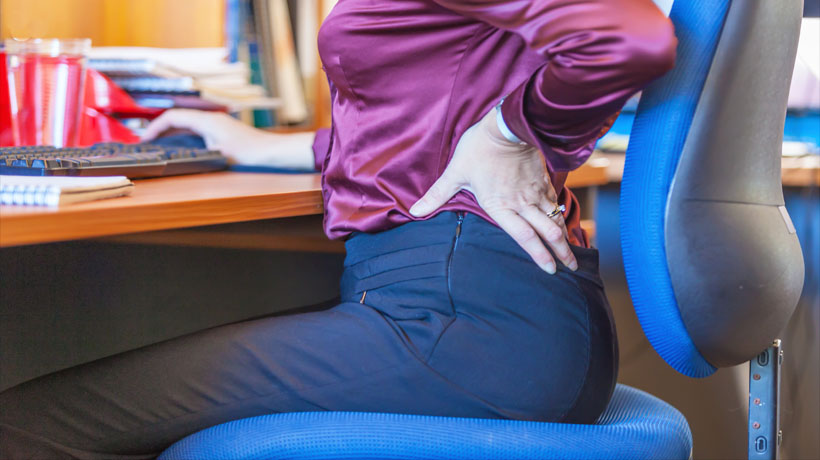 A new survey finds that people who sit the most are more likely to die from a smorgasbord of different diseases.

“Risk was significantly higher for 14 of the 22 specific causes of death examined, and importantly, for eight of the top 10 leading causes of death in the U.S.,” the American Cancer Society’s Alpa Patel, Ph.D., and colleagues wrote in their report. The study was published online June 29, 2018 in the American Journal of Epidemiology.

American Cancer Society’s review was not the first to show that sitting too much can be lethal. However, the study was long-term and included many different people as well as the details of their deaths.

The investigation of over 125,000 people revealed that those who sat six or more hours a day (“prolonged sitting time”) were 19 percent more likely to die over the next two decades than those who spent less time sedentary.

Subjects were all asked the same question: “During the past year, on an average day (not counting time spent at your job), how many hours per day did you spend sitting (watching television, reading, etc.)?”

Over the next 21 years, more than 48,000 of the people who answered the survey passed away.

The 14 causes of death that were more likely the longer people sat were the following: cancer, coronary heart disease, stroke, diabetes, kidney disease, suicide, COPD (such as emphysema), pneumonitis due to inhaling something, liver disease, peptic ulcer and other digestive disease, Parkinson’s disease, Alzheimer’s, nervous disorders and musculoskeletal disorders.

Although the study focused on overarching trends, the researchers have set forth a list of possible explanations as to why the relationship between a sedentary lifestyle and the development of these diseases is what it is. First off, time spent sitting might displace time spent doing moderate physical activity. Additionally, that time commonly comes hand-in-hand with other unhealthy activities, such as excess snacking. Other explanations have less to do with lifestyle choices, and more to do with sitting’s physical effect on the body. Time spent sitting has a negative impact on the body’s hormone levels, the efficiency of the immune system and proper metabolic function. Lastly, an extreme lack of energy might be a sign of clinical depression, which can lead to suicide or diseases such as Alzheimer’s and Parkinson’s.

This study is particularly relevant as sitting time continues to dramatically increase across the globe. With the development and increasingly addictive nature of technology like TVs and computers, it seems as though prolonged periods of time spent sitting will only continue to rise in the future.

Patel concludes: “Advances in technology have encouraged us to be sedentary, so we need to be mindful about finding ways to move.”