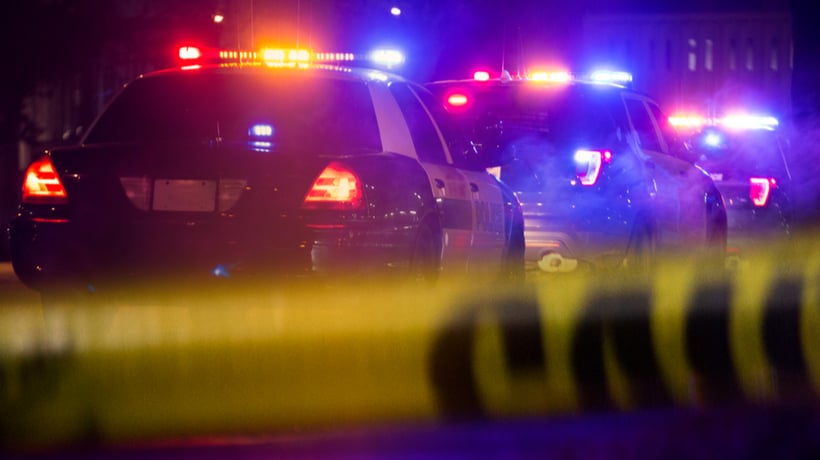 On Tuesday night, a Philadelphia police officer shot a 12-year-old-boy in the back, right after a single bullet was fired.

The officers say they saw two young men on a corner. One appeared to be carrying a gun, and officers recognized the other teenager as someone wanted for questioning in a firearms investigation.

When the officers activated the emergency red and blue lights, a bullet hit the rear-end passenger window, shattering it.

One of the officers got glass in his face and eyes, but police say he has since been treated and let go.

The teenager has been identified as Thomas Siderio Jr. After the incident, officers rushed him to Penn Presbyterian Medical Center,  but he was pronounced dead a few minutes after the shooting occurred.

Police say two officers got out of the car and fired at Siderio, who was reportedly holding a gun. One officer chased Siderio down the street and fired twice, hitting the teen in the right upper back.

The other teenager, 17, has not yet been named. Police say he had been taken into custody for the ongoing firearms case but has since been released.

A stolen 9mm handgun equipped with a laser has been recovered.

Deputy Commissioner Benjamin Nash says that ballistics evidence has been gathered and police are seeking any surveillance footage from the area. Reportedly, none of the officers were wearing body cameras at the time of the incident.

The two officers who fired their weapons are on administrative leave pending an investigation.

On Wednesday, Naish said that it is not known if Siderio was the one who shot the unmarked car, or if he pointed the gun at the officers as he fled.

“While the indications from the medical examiner is that the bullet entered into his back, that does not mean he was fleeing or that there was not a gun being pointed toward or in the vicinity of the officer,” Naish said in a statement. “It doesn’t mean that he wasn’t continuing to be a threat to the officer.”