Psychologist reveals link between depression and problems with intercourse 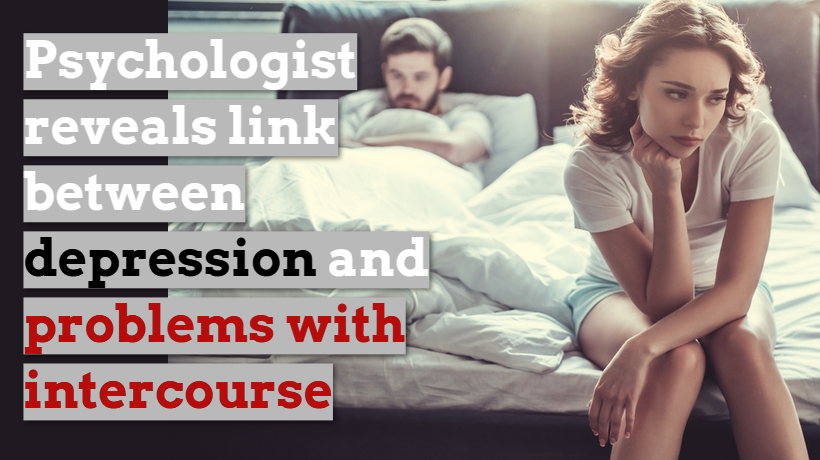 Frustration is a natural part of human nature. When something does not go according to plan or if our needs aren’t fulfilled, it’s completely normal to grow impatient and angry. When we don’t address our frustrations and bury our emotions, our feelings can find physical ways to manifest themselves through irritability, moodiness, loss of focus, and sleep loss.

In a similar way, sexual frustration arises from dissatisfaction in intercourse.

According to Jenni Skyler, a certified sex therapist and resident sexologist for Adam and Eve, sexual frustration is “either the psychological disappointment of not having contact with a particular partner, and the physiological discomfort of creating arousal in the body and not having an outlet.”

Sexual frustration is quite common, and can occur more than once during a person’s lifetime. There could be many potential causes of sexual frustration. Whether it’s from a failed attempt at physical intimacy or a prolonged lack of intimacy altogether, extended deprivation from healthy and satisfying intercourse with your partner can lead to mental stress, anxiety, and in some cases, depression. Lack of communication about this issue can further exacerbate the problem.

Although intercourse can play an important role in mental health, it’s important to recognize that sexual frustration may not necessarily be the sole cause of depression. In many cases, there are other contributing factors including predisposed genetics and other external factors that in tandem can cause mental illness.

Sexual frustration can occur for both single people and couples. For couples that struggle to communicate their wants and needs, this lack of conversation can create an unbalanced dynamic and lead one partner to be more unfulfilled than the other. For example, in cases where couples have mismatched sex drives, one partner may have a higher libido than the other, and may end up feeling more sexually frustrated if the other partner may not return that same desire at the time. Or in cases where partners have conflicting sexual preferences, partners may avoid opening up about their wants and needs, creating tension and dissatisfaction during intercourse.

Vanessa Marin, a sex therapist and creator of The Passion Project, suggests having a gentle conversation in order to address this issue.

“Don’t try to have a massive conversation about everything that’s wrong with your sex life. Start small!” she says.

Dealing with sexual frustration is difficult and should not be taken lightly. Luckily, conversations about intimacy with our partners are not so taboo, and can actually better the experience. Additionally, one shouldn’t be ashamed to consult with a professional, as coping with frustration can impact other areas of our lives.