How Vaping and E-Cigarettes May Damage the Brain and Lungs 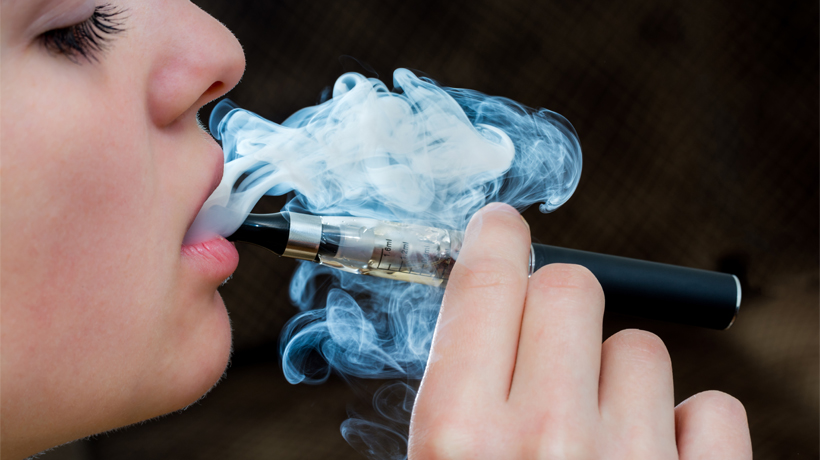 It’s official—vaping is a youth epidemic in the United States. Surgeon General Jerome Adams publicly declared as much on December 18th, 2018. Time to crack down on the E-Cig Emergency!

If you aren’t already privy to the newest trends, “vaping” is a general term used to describe the inhalation of vapor that is formed when a liquid inside the smoking device is heated up. Under this umbrella name, there are a variety of devices including (but not limited to) e-cigarettes, e-hookahs, electronic nicotine delivery devices (ENDS), vape pens, pod mods, and tanks. The devices are battery-powered and contain glycerin (a thick, sweet, colorless liquid) as a base, and nicotine, marijuana, or flavoring chemicals as additives.

Contrary to popular belief (and one of the main selling points of these devices), they have not been proven to help quit smoking. In fact, according to the Yale School of Medicine, vaping actually increases the chance that a teen will smoke regular cigarettes down the line.

Because nicotine is the primary agent in vapes, they are very physiologically addictive despite not containing tobacco. Stepping away from them for extended periods of time causes withdrawal symptoms, including fatigue, headache, irritability, digestive issues, and more.

Effect on lungs
According to a recent study published in a medical journal called Respiratory Research, inhalation of vapors from the aforementioned devices triggers effects normally associated with chronic obstructive pulmonary disease (COPD) including destruction of lung tissue and hyper-reactivity of the airways.

Much of the public discourse about and attempted justification for this relatively new smoking practice is that it is less harmful to the lungs than traditional cigarettes. But as it turns out, it actually endangers smokers in much the same way.

Effect on the brain
In addition to being associated with lung damage, vaping might also contribute to brain issues. According to a study published in Environmental Health Perspectives (EHP), e-cigarettes are “a potential sources of exposure to toxic metals (Cr, Ni, and Pb), and to metals that are toxic when inhaled (Mn and Zn).” Contact with these neurotoxic metals can lead to the misfolding of proteins and the damaging of neurons, which causes these brain cells to use unnecessary to mitigate the problem-—the burden of which ultimately leads to neuronal death.

The popularity of this novel form of smoking, often successfully marketed on social media and through sponsorships from popular events such as music festivals and raves, is inducing such adverse effects on users that the surgeon general had to declare a national epidemic.