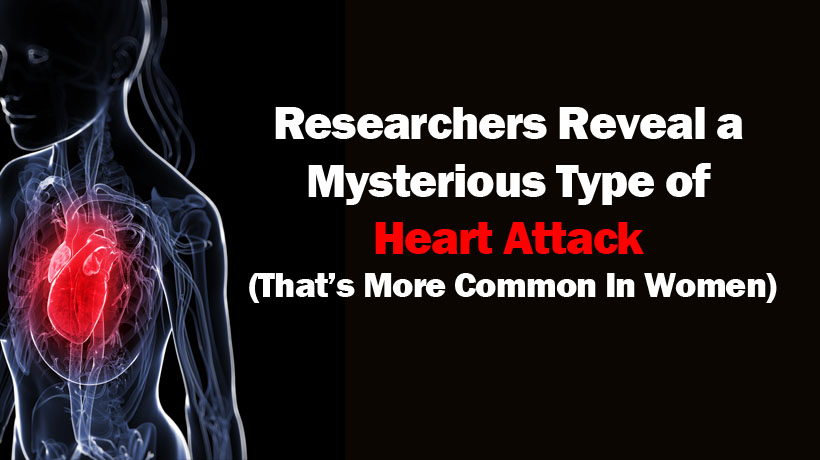 Although often dismissed as a minor problem, researchers are increasingly more alarmed about a mysterious type of heart attack, particularly common in women. The condition is called myocardial infarction with nonobstructive coronary arteries, or “MINOCA,” and we won’t be surprised if you’ve never heard of it.

What is MINOCA?
MINOCA is an umbrella term used to describe heart attacks that aren’t caused by obstructed arteries, which are the source of most heart attacks.

Patients with MINOCA present clinical features of a heart attack (also known as a myocardial infarction, or “MI”), but without evidence of obstructive coronary artery disease (or “CAD”) on a coronary angiography—an X-ray of blood or lymph vessels. Because of this, the immediate cause for the clinical condition is not evident.

Although this problem has been apparent for more than 75 years, the term MINOCA has only recently been introduced. The condition’s new moniker has prompted heightened interest amongst medical professionals.

This specific type of heart attack affects up to 187,000 people in the United States each year.

What causes MINOCA?
Potential causes of MINOCA are still being investigated by researchers, but they have identified several possibilities. These include inflammation of heart muscle, tiny tears in the arteries, and small amounts of plaque buildup and clots that are invisible without specialized equipment.

What’s the most recent research?
Recently, researchers from the University of Alberta in Canada performed the first long-term investigation into MINOCA. Led by interventional cardiologist Kevin Bainey, the team studied approximately 36,000 patients over 12 years and published their findings in the International Journal of Cardiology.

Bainey launched the study after seeing an increase in this mysterious condition in his practice. The researchers examined the incidence, demographic profile, use of medications, and clinical outcomes of MINOCA patients.

Of the patients hospitalized with heart attacks, Bieney and team found that 2,092 subjects, or 5.8 percent of participants, had no blockage in the arteries—or “MINOCA.”

Why does MINOCA need more attention?
Although a MINOCA prognosis appears to be more favorable than heart attacks caused by obstructive coronary artery disease, the condition is not benign.

As they began their investigation, the researchers quickly noticed that the condition is not getting the attention that it should. Bainey said that because the attacks aren’t the result of arterial blockage, patients are sometimes sent home soon after their admittance, often prematurely and without treatment.

“Historically, MINOCA has been seen as a benign condition, and patients are commonly sent home without any treatment or lifestyle advice,” Bainey explained. “Yet we found that after one year’s time, 5 percent of patients either had another heart attack or died of a heart attack.”

According to the Alberta study, only 40 percent of patients were given suitable medications, such as cholesterol-lowering drugs, which have the potential to reduce the risk of a second heart attack or death.

The findings highlight the importance of identifying and treating MINOCA after the first occurrence because if it is left untreated, patients are at risk of another attack later in life.

What’s the demographic of people with MINOCA?
Researchers also found that although only about one-quarter of people who suffer from common heart attacks are female, women make up half of all MINOCA patients. The reason behind the increased risk for women is still unknown.

MINOCA is a working diagnosis, meaning that the treating physician will usually go on to investigate underlying causes. The identification of the underlying cause of MINOCA then leads to decisions about specific treatment strategies.