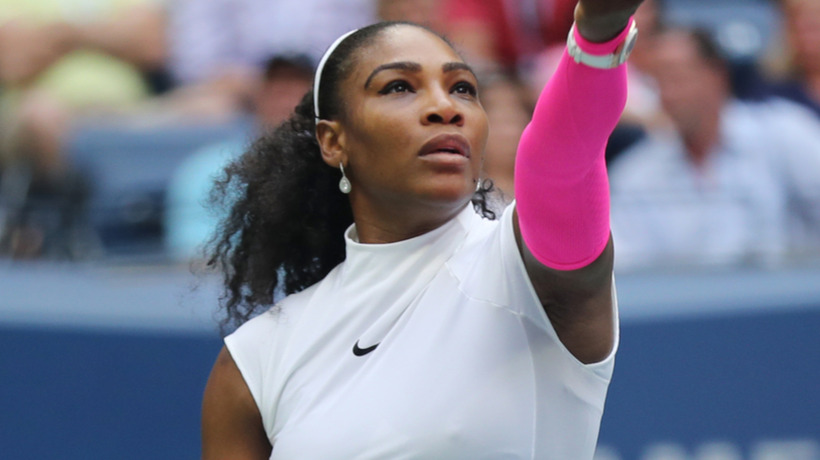 In a recent issue of Elle magazine, American tennis star Serena Williams described her near-death experience while giving birth to her daughter.

Williams, 40, knew of her high risk of blood clots for eleven years. In 2011, she suffered from a blood clot in her lungs, known as a pulmonary embolism. Since then, Williams has feared the incident will  repeat itself.

Her blood clot scare in 2011 was one of the reasons Williams rallied for herself when symptoms of a clot began during childbirth, even after dismissals by healthcare professionals.

“No one was really listening to what I was saying,” she wrote in her essay.

Williams wrote how she knew something was wrong after giving birth to her daughter, Olympia. Her legs became “numb” and soon she found herself in “excruciating pain.”

Williams soon realized she couldn’t move her legs and back.

“I may have passed out a few times,” she recalled. Williams voiced that she was likely in need of heparin, a drug known to help prevent blood clots. “The response was, ‘Well, we don’t really know if that’s what you need to be on right now.’”

Health professionals at the time came to the logical conclusion that blood thinners caused her C-section bleeding, but Williams didn’t stop pressing the issue.

Soon after, Williams began breathing heavily and coughing, both symptoms of blood clotting.

She coughed so hard that her stitches burst open, and she had to go back into surgery.

“When I woke up from that surgery, in the hospital room with my parents and my in-laws, I felt like I was dying. They were trying to talk to me, and all I could think was, ‘I’m dying, I’m dying. Oh my God,’” she explained.

Williams managed to get up and out of her hospital bed to find the nurse on call.

“I told her: ‘I need to have a CAT scan of my lungs bilaterally, and then I need to be on my heparin drip,’” Williams explained. “She said, ‘I think all this medicine is making you talk crazy.’ I said, ‘No, I’m telling you what I need: I need the scan immediately. And I need it to be done with dye.’ I guess I said the name of the dye wrong, and she told me I just needed to rest. But I persisted: ‘I’m telling you, this is what I need.’”

After much persistence, the nurse agreed to call William’s doctor.

“I fought hard, and I ended up getting the CAT scan. I’m so grateful to [the doctor],” Williams added. “Lo and behold, I had a blood clot in my lungs, and they needed to insert a filter into my veins to break up the clot before it reached my heart.”

Following the traumatic experience, Williams says she’s grateful for the moments she’s able to spend with Olympia since.

“Despite my body’s wreckage — and the fact that I couldn’t get in much breastfeeding — connecting with Olympia at long last was amazing; it was both the reward and the validation for all I’d been through,” she said. “Giving birth to my baby, it turned out, was a test for how loud and how often I would have to call out before I was finally heard.”