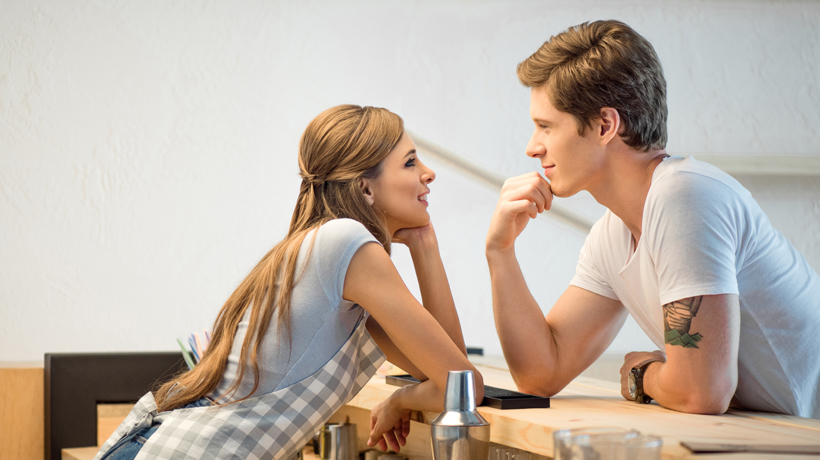 We’ve all encountered it: a worthy friendship with the opposite sex that we cherish and savor, and aspire to model with our romantic relationship. Occasionally, we consider the potential possibility of departing from the accustomed “friend zone.” However, the majority of friends will remain to avoid possible friendship issues.

If he is a trustworthy friend and you most often find yourselves attached at the hip, spilling the truth may not be a disastrous idea. In fact, he may be developing some romantic emotions himself. Here are a few signs that can be suppressing his authentic feelings for you.

Phone calling, not just texting
A phone call? That’s right! Although it appears minor, he will want to hear your voice. Consistent texting demonstrates interest; however, speaking over the phone unveils more emotion. If he is a genuine friend, he will be able to distinguish if you are feeling uneasy or angry through your voice. And if he desires to pursue more than a friendly relationship, hearing your voice will make him content.

Requesting more time together – alone
Usually, if he’s interested in seeking more than the average friendship, he’ll make attempts to see you more frequently, specifically just the two of you. Time alone allows for undivided attention, which he truly wants to give you. Spending time together also allows him to plan events that aren’t designed for “group hangouts.” This can include possible dinner nights, picnic planning, ice skating, or even Broadway shows. Any plan that emphasizes a two person party may be suggestive of a romantic pursuit.

Compliments
When a guy is head over heels for you, he most likely has mental bullet points of compliments to shower you with. It will seem as if he has endless positive feedback for you, regardless of the aspect of your life. By doing such, he knows he’s capable of instantaneously making you smile. If he is able to observe the fact that he brings joy to your life, he must be a reliable source of happiness. Right?

Body language
His body language is much more revealing than you presume. Take notice of advances in physical contact. Fremont College’s blog states that body proximity suggests if an individual is interested and views you favorably. If he is standing or sitting close to you, there is a high chance of rapport. When you move closer towards him, and he backs up or moves away, there most likely exists a connection that is not mutual.

These signs can sometimes be very obvious, whereas other instances can display the opposite. Becoming observant and aware of his behavior is the ultimate secret to unveiling his sincerest emotions towards you.