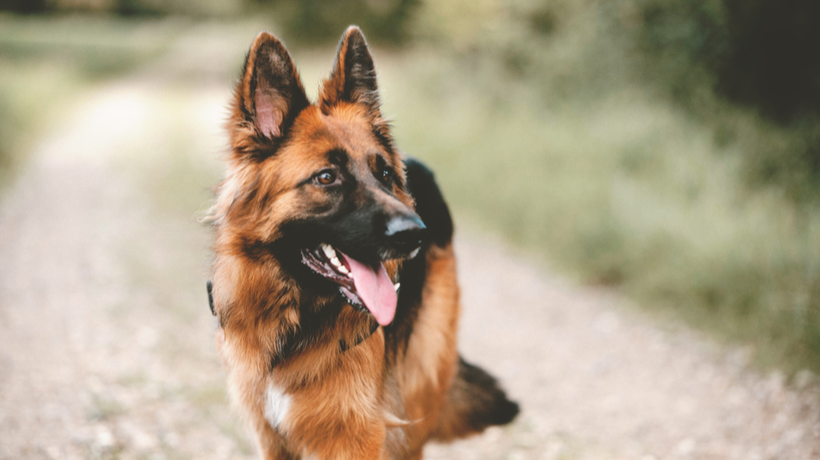 Dogs. What would we do without them? They are man’s (and woman’s) best friend…and for good reason, too!

A Georgia woman owes her life to a stray German Shepherd who saved her from a wrecked car.

Shannon Lorio wanted to blow off steam and go for a drive after having a heated argument with her husband. She, like many Georgians, drove to Nascar Road to let off steam. “Nascar Road” was best known for having very little traffic. This meant that many drivers would speed on this road. Lorio was unlucky and was soon careening off the road.

Her body was thrown through the rear window and she lay there in the truck sprawled on her back.

Losing consciousness, she did not know if she was going to make it.

She awoke to a dog licking the blood off of her face and dragging her from the wrecked car and into safety. The dog was able to drag her to the roadside where she was able to regain enough consciousness to stand and call to attention a nearby car.

The driver stopped and called 911 and Lorio’s husband immediately.

When she woke up again, she was in the hospital. Lorio was able to avoid surgery and survive another day.

As for the stray dog, he was renamed Hero for his heroic acts. Lorio was unable to keep Hero, but was just as happy to have him be adopted by Heidy Drawdy, a canine search and rescue trainer. Drawdy and her husband run the South Georgia Search Dogs Inc, essentially giving Hero a happy home.

“That dog is always going to have a special place in my heart,” Lorio said. “He’s my hero.”