How to Tell If You're Being Lied To 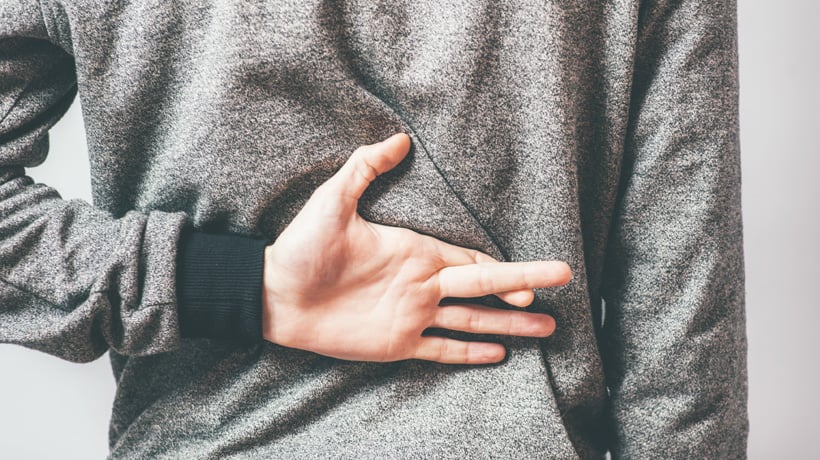 The experts in lie detection have studied real life examples and performed controlled studies. Put them all together and you find that it’s just not easy to tell if someone is lying.

I heard once that if someone looks up and to the left when they’re talking they’re lying. But you know what is up and to the left? One quarter of everything we can see! That can’t be right! So, I went and did some research – research done by psychologists and law enforcement. Here’s what I found.

I GOTTA GET OUTTA HERE!
A liar, when confronted, wants nothing more than to escape. There is a tendency for the eyes, the feet, even the body as a whole, to point towards the nearest exit. They do this because they feel threatened by discovery and its consequences. So there are signs of fear and stress. They may pull away from you because you are the threat. They may also put things between them and you for the same reason, but probably not something that will block their hasty exit.

Will they look right at you? Maybe. Will they look up and to the left? Sure, maybe. But the best thing to look for is a cluster of signs that someone is feeling threatened and wants to escape.

STALLING LANGUAGE
Under the threat of being caught, the liar’s brain goes into overdrive trying to weave the lie. To do that the liar needs time. You could expect to see blinking and fidgeting. You can expect to hear short answers, long pauses, and stalling sounds like “um, er, uh” or busy words like “well you know if you think about it.” These are all time-killers while the brain is scrambling for escape.

WHAT ABOUT LIES WRITTEN DOWN
Findings by James Pennebaker, PhD, who looked carefully at words used during lying in written context, found that liars don’t like to own their lies, so they are more likely to write “he, his, she, hers, they, and theirs” rather than “I, mine”. Then again, the vast majority of literature is written that way.

What else ya got?
He also found that liars write with more harsh, negative words. For example, hate, fear, sad, loss, worthless, hopeless, etc. They’re not likely to write in warm, sunny language. Liars also write with less words that make them seem separate from others. You’re not likely to hear a lot of “but I” or “except for me,” the kinds of words or phrases that put a spot light on themselves.

WHAT HAPPENS WHEN YOU LIE
Lying is usually stressful. When being cornered in a lie the body reacts similarly to when being cornered by a predator, that is, the Fight or Flight response is activated. When that happens, stress hormones flood the body causing sweating, nervous twitching, drying of the throat, and a general indication of unease.

SO ARE THEY LYING OR NOT?
If you are frustrated by the lack of real methods for busting a liar, then you are in good company with psychologists, law enforcement, military interrogators, and just about anyone who needs to catch liars. People are complicated. The truth is complicated. Not even polygraph machines work reliably which is why they can’t be used in court.

However, those very same experts tend to agree that if the person you are questioning is showing ALL of these signs, then yes, there is a better chance that they are lying that not.