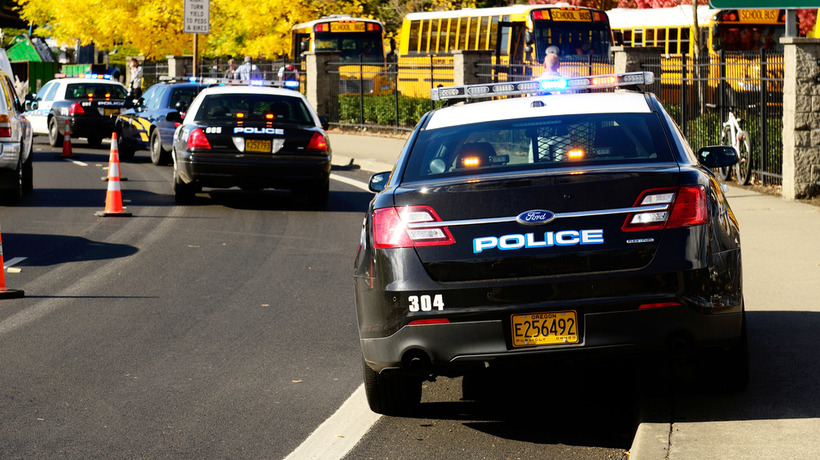 A shooting at Timberview High School in Arlington, Texas has left 4 people injured, including one 15 year-old boy who is in critical condition. Three of the victims were taken to the hospital, while one refused medical treatment after suffering minor injuries.

Police took suspect Timothy George Simpkins into custody at around 1:15 p.m. after he turned himself in to authorities. He and his attorney are currently speaking with detectives.

Local police received calls at around 9:15 this morning about a shooting on the second floor of the high school. The shooting erupted during a fight in a classroom, according to Arlington Assistant Police Chief Kevin Kolbye. Footage circulating on social media shows two young men fighting in a classroom.

“This is not somebody attacking our schools. This is a student, we believe right now, preliminary, that it was a student that got into a fight and drew a weapon,” Kolbye told reporters.

Kolbye also warned about threats made via social media to schools.

“We’ve been having a lot of social media comments about threats to our schools from young kids. I want the message to be out there if this is not something to continue. We will investigate you. The federal government will also — our partners will be able to investigate you if you’re not living in our city — and we will bring you to successful prosecution, so I’m just pleading with the community out there to try to stop any type of threats that are coming through social media,” he said.

He added that victim services and resources would be made available for students at the school.

“We know that this is a tragedy, a traumatic incident for these high school kids,” Kolbye said.

Police are still investigating the situation to determine how Simpkins was able to get the weapon into the school.

“We’ll figure out where this individual got this gun from. Our agents won’t sleep, working with our partners here, to figure out how he got this weapon in his hand to come in this school and cause this tragedy today,” special agent Jeff Boshek said.
Authorities have recovered a .45 caliber handgun from the premises, although they are unclear if it was the weapon used in the shooting. Grand Prairie Police Department chief Daniel Scesney said the weapon would undergo further testing to find out if it was the one used in the incident.