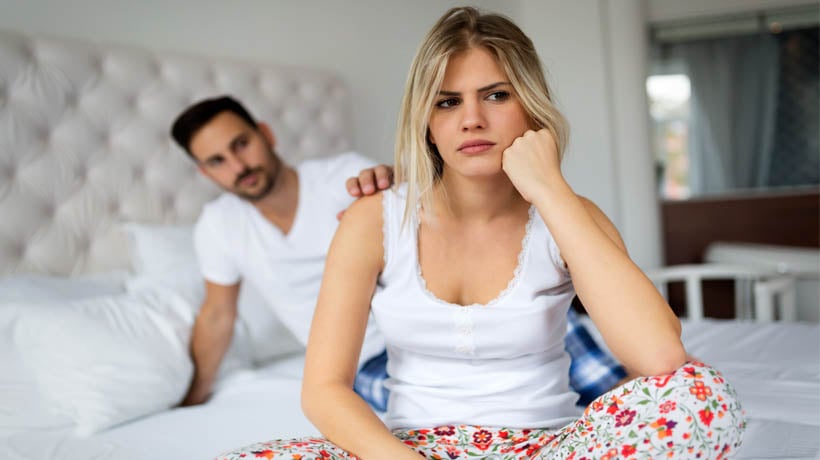 It’s easy to get wrapped up in a person and to ignore certain little things. However, what might seem insignificant now could lead to bigger problems later on. How he treats you is a good indication of how he feels about you. You want to feel comfortable with him and also be able to maintain a level of mutual respect for each other. If he exhibits any of the following five signs, it might be time to take a second look at your relationship.

He talks a lot but doesn’t follow through
A lot of us are all too familiar with this type of guy. You had a great date, he says he can’t wait to see you again, but then he calls the next day to cancel – or doesn’t even call at all. This type of behavior shows that he has little respect for your time. Don’t just disregard this. Your time is valuable – be with someone who appreciates that.

He’s only there when it’s convenient for him
This is yet another example of how he doesn’t respect your time. If everything revolves around his schedule and the things he wants to do, then you might want to reconsider things. You should have an equal say in what goes on in your relationship – after all, you’re a part of it too!

He avoids difficult conversations
If you try to talk to him about your feelings, and he just brushes off what you have to say, then it’s probably a good idea to take a step back. How you feel is important, and whomever you’re with needs to acknowledge that.

He always takes but never gives
There’s nothing more unattractive than an unmotivated and irresponsible man. It’s almost as if he simply expects you to handle everything. In a strong relationship, each partner should be equally invested in every aspect of making it work.

He gives you backhanded compliments
If he belittles you or makes you feel small, the message is clear; he doesn’t value you. By doing so, he is trying to make himself appear bigger and more powerful than you are. This type of behavior is unacceptable – in relationships and in general. Be strong and stand up for yourself.