How Vulnerable Are You Based on Your Zodiac Sign? 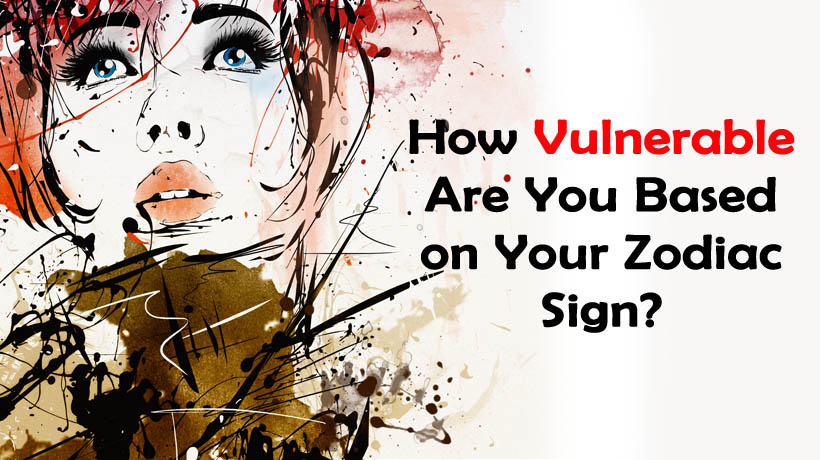 Everyone has different ways of showing how they feel about something or someone – some more obvious than others. Here are all the ways that you express your feelings according to your sign.

Aquarius (January 20th-February 18th)
An Aquarius isn’t quick to show her emotions. She’s used to doing things on her own and depending solely on herself. It’ll take a lot for you to open up to someone.

Pisces (February 19th-March 20th)
Pisces express themselves to the fullest extent. You care about everyone and everything. You won’t hesitate to tell a complete stranger exactly how you’re feeling at the moment.

Aries (March 21st-April 19th)
As an Aries woman, you are headstrong and determined. You strive to better yourself in any situation. But if things don’t go your way, you can become easily irritated or annoyed. An Aries tends to express herself the most when she’s frustrated.

Taurus (April 20th-May 20th)
Taurus women will never outright say how they feel. This is because you have the ability to be in complete control of your emotions and rationally evaluate every situation.

Gemini (May 21st-June 20th)
There is a duality that exists within each Gemini. You want to have complete control over your life yet you also have an inherent desire to be free from responsibility. These two sides make it difficult for Geminis to express themselves, seeing as they will either want to confront their emotions head on or ignore them altogether. It’s important for you to find a happy medium between the two.

Cancer (June 21st-July 22nd)
Cancer women are highly sentimental beings who tend to wear their hearts on their sleeves. You might not know how to channel these strong emotions into a way that’s easy for others to understand.

Leo (July 23rd-August 22nd)
As a Leo, you’re very expressive. You are confident in how you feel, and you have no problem with letting others know too.

Virgo (August 23rd-September 22nd)
Virgos have trouble expressing their emotions. Because of this, people might assume that you’re cold, but you know that this isn’t true. You may simple be unsure of how to communicate the way you feel for fear of coming across as irrational or needy. You’ll feel a lot better once you let it all out.

Libra (September 23rd-October 22nd)
Since Libras have a tough time making up their minds on a lot of issues, they’ll also have difficulty deciding how they feel. You feel deeply, but you just don’t know how to express yourself verbally.

Scorpio (October 23rd-November 21st)
Scorpios aren’t the most open people. You tend to bottle up your emotions until they bubble over. When Scorpios get angry, they’re a force to be reckoned with.

Sagittarius (November 22nd-December 21st)
You have a deep sense of connection to the earth and to humanity as a whole. When someone or something is hurting, you hurt too – and you’re quick to say exactly how you feel.

Capricorn (December 22nd-January 19th)
Capricorn women overanalyze every situation – they feel everything deeply. You don’t know how to deal with these feelings at times, causing you to retreat inwards.