What Your Laugh Reveals About Your Personality 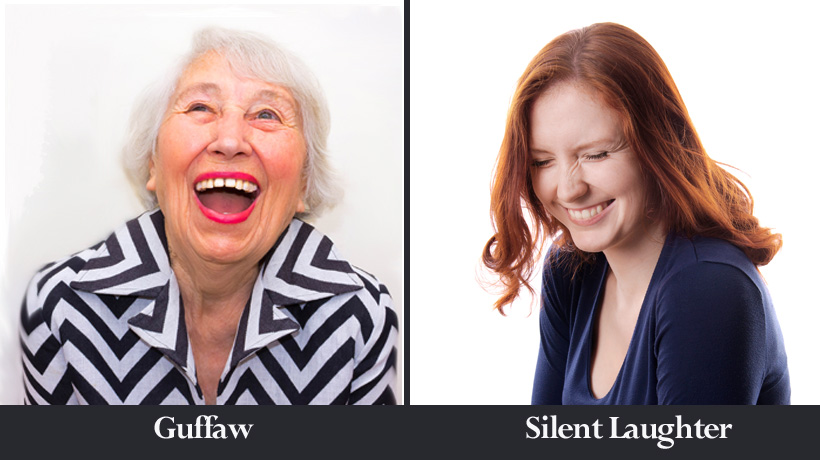 When you laugh, do you:

Generally speaking, certain kinds of people gravitate towards certain kinds of laughing “practices” (some of which I will mention here). However, what you laugh at is often much more telling of who you are than how you laugh.

Before we talk about why your response to the content of a joke is important, let’s just run over a few different types of laughs and what they can sometimes indicate about your personality. Here is a short list:

The Guffaw
This full throttle belly laugh is typical of those who like to have fun and are very secure with themselves. Because it requires a totally uninhibited release of emotion, its performers have to be comfortable with that kind of vulnerability.

The Snicker
People who are witty and mischievous often snicker because they are likely to find elements of humor in inconsequential, everyday situations. They let out little chuckles to acknowledge their amusement with the little things.

The Silent Laugh
A person who laughs without making any noise is likely to be shy. Though they might find something funny, they do not want to be impolite and draw too much attention to themselves.

Well, whichever one of these options you choose reveals EVERYTH — pretty much nothing about your personality.

Although one’s intrinsic personality is not necessarily unlikely to be responsible for dictating what kind of laughter one will have, there are a number of other factors — such as cultural and/or societal influence, mimicry, etc. — that also influence this audible contraction of the diaphragm.

In that same vein, the kinds of things you laugh at are actually pretty telling of who you are as a person, because you are not likely to laugh at anything that you don’t, on some level, understand or think is true. Our unique experiences dictate and filter what it is that we identify with, and that’s why we all have different senses of humor.

A team of psychologists in California devised a test to assess how one’s personality plays into the kind of humor they have called the Antioch Sense of Humor Inventory.

The test was divided into two parts. The first contained 40 jokes that each belonged to one of 10 categories of humor: nonsense, philosophical, social satire, ethnic, sexual, scatological (meaning jokes about excrement), hostile, degrading to men, degrading to women, and sick.

The participants were asked to rate each joke on a scale of one (lowest) to five (highest), based on how much they enjoyed it. They were also asked to take a personality test called the 16 Personality Factor Test. Once they completed both assessments, researchers determined if there was a statistically significant correlation between the participants’ personality types and what they found funny.

As it turns out, there did tend to be a relationship between these two variables. For instance, “nonsense” jokes (ex: Q: What does a grape say when you step on it? A: Nothing. It just gives a little whine”) were more likely to appeal to those who were more on the “self-assured” than ”apprehensive” side of this continuous scale. This is because self-assured people have “the flexibility to perceive incongruities… ‘A liking for nonsense humor implies a real freedom to find anything funny,’” says Amanda Bender, a lead researcher in this study.

Jokes that degrade others seemed to appeal to those who tended to be aloof and believe that stereotypes of the opposite sex are true. According to Dr. Carolyn Miller, another lead researcher, “a cartoon depicting a woman jacking up the wrong end of a car to fix a flat tire” is “only funny if you really believe women are stupid.”

Because finding something funny requires you to first find truth and then amusement in the incongruence, your sense of humor is quite reflective of your personality.