What Your Phlegm Color Says About Your Health 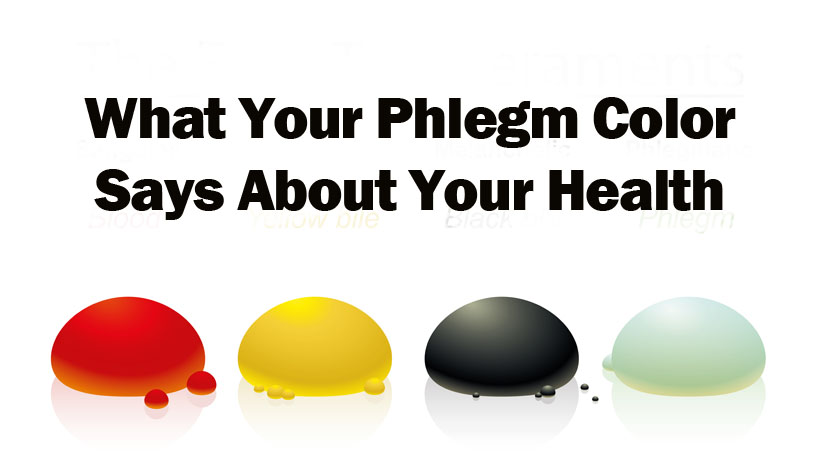 Phlegm is a version of liquid mucus that is secreted in the chest. The body always makes mucus, producing about 1 to 1.5 liters of phlegm every day, even when you’re healthy. Still, phlegm usually goes unnoticed, unless you are sick with a cold or have some other underlying medical issue.

When you cough up phlegm, the substance is called sputum. You may have noticed that sputum can vary in color and be wondering what the different hues mean. Experts defend that the color of the mucus can tell you a lot about your health—signaling a plethora of things about the pathogens invading your body.

We’ve put together a guide to help you better understand your phlegm and what the gooey substance might be telling you about your health.

White or grey
Coughing up white or gray phlegm can be an indication of an upper respiratory tract infection or sinus congestion. That’s because when you have inflammation, either viral or bacterial, it can cause a drip from your sinus into your throat. White phlegm can be caused by conditions like viral bronchitis, GERD, COPD and congestive heart failure.

Brown
Of course, no smoking is good smoking, but people who smoke too much tend to produce more brown, grainy phlegm. Excessive smoking can turn phlegm brown because of all the resin, tar, and other particulate matter in cigarettes, which the body tries to cough back up and get out of the system.

Pink
Coughing up pink phlegm is an indicator of pulmonary edema, a condition characterized by fluid in the lungs.

Red
Red phlegm can be a sign of bleeding when seen in small amounts, which can show up as stains or streaks. Coughing up a significant amount of blood could also be a sign of tuberculosis, pneumonia, cancer or pulmonary embolism.

While phlegm is a normal part of the respiratory system, it isn’t always benign. If you notice mucus in your airways, throat, or if you start coughing it up, check in with your doctor. If you see any shade of red, brown, or dark shades of phlegm, or are experiencing frothy sputum, you should make an appointment immediately.