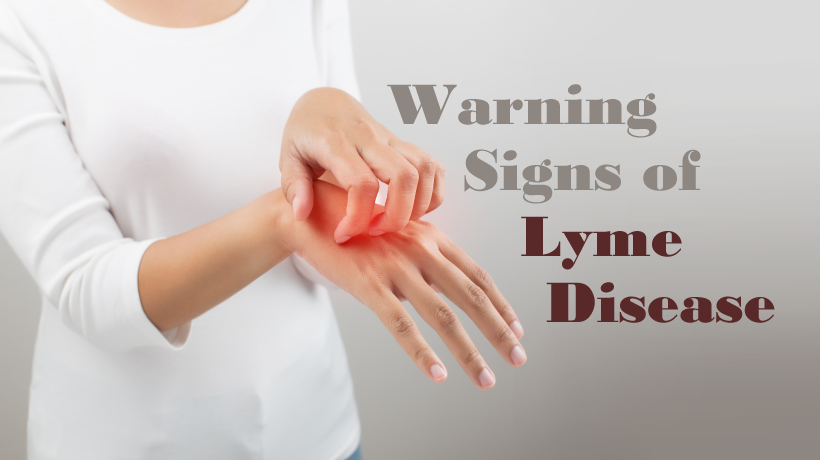 Lyme disease is caused by bacteria called Borrelia burgdorferi that are transmitted to humans through a bite from an infected black-legged or deer tick, according to WebMD. Symptoms can occur anywhere from three to 30 days after the bite and can be wide-ranging, depending on the stage of the infection. In some cases, symptoms can appear months after the bite. What are the early warning signs of Lyme disease?

After being bitten by a black-legged tick, a quickly growing rash can appear, states American Academy of Dermatology. This is the earliest stage of Lyme disease, known as stage 1. Most people who develop a rash get it within days or weeks of being bitten by a tick. If you develop a rash, it appears near where the tick bit you. For most people, that means the back, groin, armpit, or a lower leg. However, a tick can bite you anywhere. You may see a spot or bump on the skin, which is the bite mark. Around or near the bite mark, a rash develops. Some people see the bull’s-eye rash.

When a tick that causes lyme disease bites you, it infects you with bacteria, states the American Academy of Dermatology. Without treatment, the bacteria can spread to other areas of your body. If it spreads, you have stage 2 lyme disease. During this stage, you may see small, oval rashes on your skin. Some people develop a bluish-red lump. Because the infection has spread, small rashes can appear anywhere on your skin, except for your palms and soles. Most rashes appear on the arms, legs, and face. Some people develop a lump, which your doctor may refer to as borrelial lymphocytoma.