Which Marvel Character Are You Based on Your Zodiac Sign? 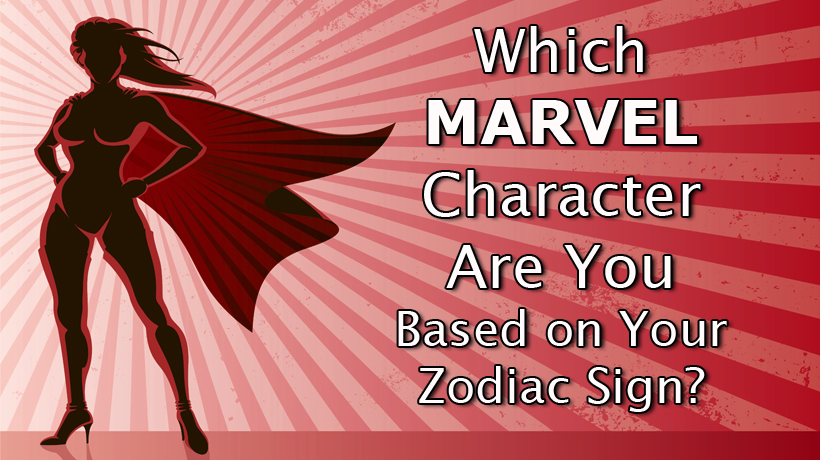 The Avengers wouldn’t be the team that they are if they didn’t have so many different personalities and strengths. Which superhero are you?

Aries (March 21st-April 19th)
Not everyone is worthy enough to lift Thor’s mighty hammer, but by Odin’s beard, Aries can. Aries has the strong will, energy, and integrity to match the profile of an Asgardian hero.

Taurus (April 20th-May 20th)
Okoye is the head of Wakanda’s armed forces in Black Panther. She’s fiercely loyal to her country and the people she loves, yet she values tradition – just like a Taurus.

Gemini (May 21st-June 20th)
Symbolized by the Twins, Gemini can have two distinct personality types – just like the Incredible Hulk. These personalities may seem contradictory, but they actually complement each other perfectly. Plus, Gemini’s talent for communication and thirst for knowledge are not far off from Bruce Banner’s seven PhDs.

Cancer (June 21st-July 22nd)
Nurturing Cancer admires people who save the world, but she’s more motivated to look after her closest loved ones. That’s why you’re most like Ant-Man; everything he does is to protect his daughter.

Leo (July 23rd-August 22nd)
Iron Man is like the mighty Lion with his natural leadership, talent, and courage. And just like a Leo, Tony Stark can sometimes be defined by his ego – and yet your natural charisma still wins over the rest of the Avengers.

Virgo (August 23rd-September 22nd)
Some people go into battle guns-a-blazing, yet Virgo is constantly calculating her every move. Black Widow would never have survived against alien invaders if she didn’t have a detailed strategy on the battlefield, too – as well as a Plan B.

Libra (September 23rd-October 22nd)
Gamora may seem like something of a lone wolf, but she won’t do anything that betrays her sense of justice. She calls out dishonesty and selfishness any time she sees it, whether it’s in her opponents or even the people she loves.

Scorpio (October 23rd-November 21st)
Let’s be real: who doesn’t love Spider-Man? He’s just so charming and earnest that you can’t help but smile – not unlike a Scorpio, whose magnetic personality lights up the room.

Sagittarius (November 22nd-December 21st)
Even before Captain Marvel got her superpowers, she was curious and rebellious. Just like a Sagittarius, Captain Marvel never takes “no” for an answer and will stand back up when you push her down just to prove you wrong.

Capricorn (December 22nd-January 19th)
Doctor Strange was the top-performing neurosurgeon in his hospital, and that’s not a position someone has because he’s lucky. Hard work, resilience, and ambition got him there, and those same personality traits later helped him master his powers in sorcery. If Capricorn can relate to any superhero, it’s this one.

Aquarius (January 20th-February 18th)
Captain America may seem like a traditional boy scout, but just like Aquarius, he thinks outside the box when everyone one else follows the same routine. At the same time, he stubbornly sticks to his values when it’s important, even at the risk of alienating his friends.

Pisces (February 19th-March 20th)
If Scarlet Witch didn’t master her emotions, she couldn’t control her incredible powers. She channels her inner Pisces by following her intuition and being sensitive to her own feelings.