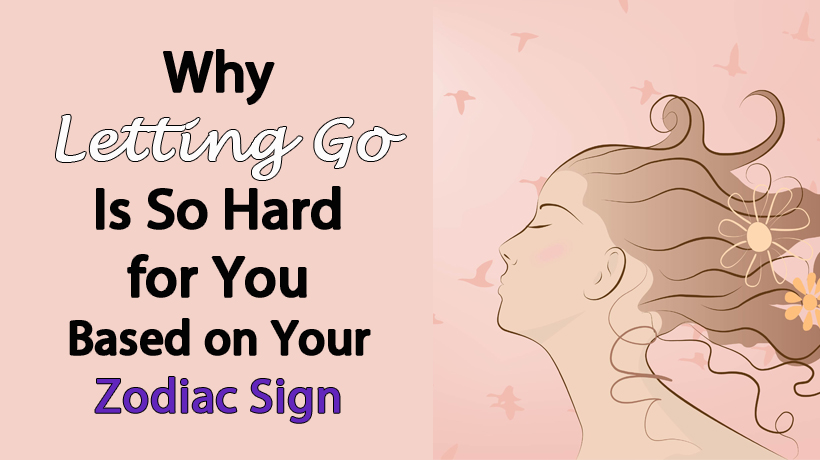 Does that friend’s betrayal from three years ago still sting? Believe it or not, each person has their reasoning as to why forgiveness can be a daunting task.

Aquarius (January 20th-February 18th)
Since loyalty is a number one priority for you, you tend to latch onto someone for life. However, if someone hurts you, you instantly rid of them from your life. Remember, if you are loyal to a grudge, it can be tough on the person that created the grudge in the first place.

Pisces (February 19th-March 20th)
The last thing you want is drama, so you tend not to hold onto grudges. Unlike other signs, you let go very easily. And when you let go, you literally let go. Bring on the positivity!

Aries (March 21st-April 19th)
When it comes to letting go, you don’t mind taking the first step, even if that requires an apology from you. A simple “I’m sorry” goes a long way.

Taurus (April 20th-May 20th)
You tend to be deeply hurt when people wrong you. You must learn to let go of negative energy.

Gemini (May 21st-June 20th)
Since you tend to lean on being indecisive, you have trouble deciding on whether to forgive or hold a grudge. Think carefully about each option, and pick the morally right decision.

Cancer (June 21st-July 22nd)
You feel deeply, especially when it comes to being hurt by someone you care about. You will have trouble forgiving people in your life, especially if you’ve trusted them.

Leo (July 23rd-August 22nd)
You dislike being in a state of tension with others. To avoid stress, you are prone to forgiving easily. Sounds simple enough!

Virgo (August 23rd-September 22nd)
You think through every decision that you make. This can prolong your periods of forgiveness.

Libra (September 23rd-October 22nd)
You are the most forgiving sign of the zodiac. You enjoy moving on from conflict, and have more important things to focus on.

Scorpio (October 23rd-November 21st)
Since you internalize your emotions, you may hold a grudge for quite some time, but won’t show it.

Sagittarius (November 22nd-December 21st)
You’d rather ignore the wrong doings of other and avoid situations like this at all costs. However, try to approach the situations. Sometimes, issues need to be addressed.

Capricorn (December 22nd-January 19th)
You are goal-oriented. You’re willing to make amends with people or disregard the situation all together.