Why This Month's Blood Moon Is One That You Can't Miss 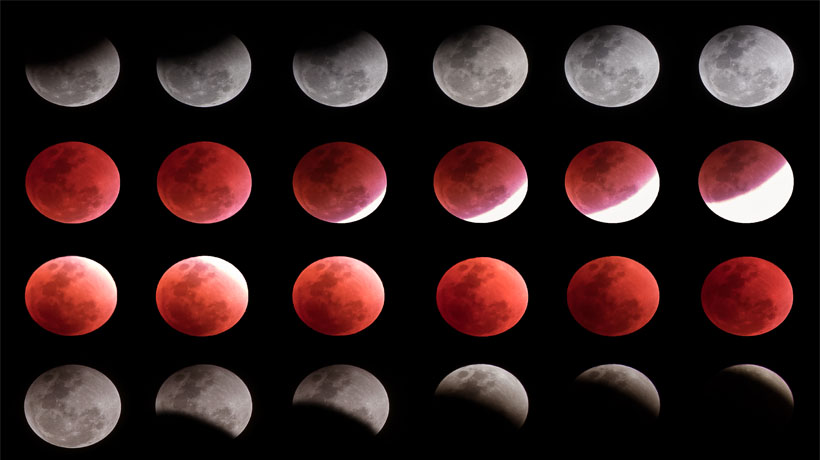 The longest total lunar eclipse of the entire 21st century is coming to a sky near you later this month! To get you ready for this breathtaking astronomical event, here’s everything that you need to know about the upcoming 2018 Blood Moon eclipse.

Gimme the basics.
On July 27th, the moon will pass through the Earth’s shadow and form a lunar eclipse. This means that the Earth will obstruct direct sunlight from reaching the satellite’s surface. Instead of appearing bright and illuminated, the full moon will be reddish—giving the event its colloquial name, the “blood moon.”

What turns the moon red?
Why red, you might ask? If it’s in the shadows, why won’t the moon just be dark? Here’s the physics behind it: Some of the sunlight that travels through Earth’s atmosphere gets bent around the edge of the planet, and manages to reach the moon’s surface despite obstruction. When this happens, our atmosphere scatters light with shorter wavelengths (i.e. greens and blues). The longer wavelengths of light—colors on the redder end of the spectrum—make their way through the atmosphere and to the moon (making it red)!

Lunar eclipses are safe on the eyes, so no need to locate any special equipment (as was necessary for last year’s major solar eclipse).

The astronomical event will be visible from Australia as it’s beginning, and from eastern South America as it’s ending. Views in Africa, the Middle East, southern Asia, and the Indian Ocean region will have the best views!