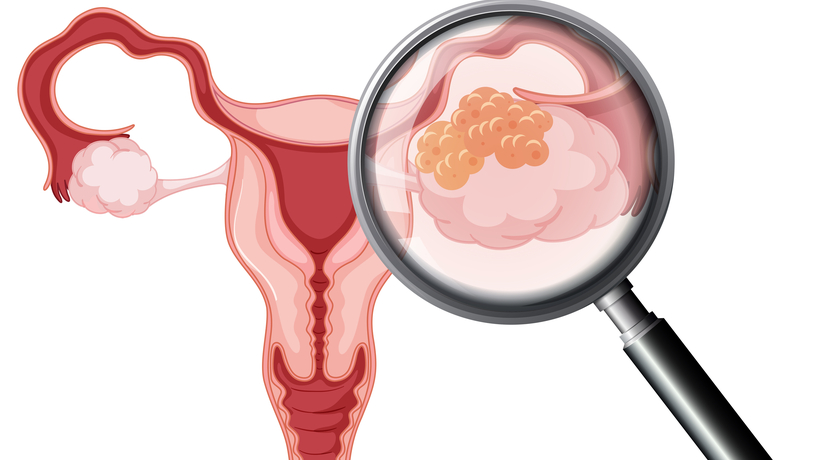 In June 2021, Amy Weirick, 60, experienced post-menopausal bleeding and clotting intermittently for about a week. After being in menopause for a decade, Weirick knew something was wrong.

“It felt like pelvic congestion feeling, it just felt weird,” she said in a TODAY interview. “I would come home and crash afterwards where like nine months before I would stay up until 1 in the morning doing home improvement projects.”

Weirick decided to visit her OB-GYN. After testing negative for cervical cancer, her doctor told Weirick her bleeding wasn’t a sign of anything abnormal.

Still concerned, Weirick sought out a second opinion, learning then she had a rare type of ovarian cancer.

“I felt like they were blowing me off and shrugging their shoulders,” she said. “[I asked] ‘So, why am I bleeding?’ and they were like, ‘Well, I don’t know.’”

Weirick then asked  a friend, who had ovarian cancer and worked with an oncologist, to refer her to a new gynecologist.

She met with Dr. Larry Copeland, a gynecologist and oncologist at the Ohio State Comprehensive Cancer Center.

“I said, ‘Well, I feel like I’m wasting your time if it isn’t cancer,’ and he said, ‘Look, my job when a women is bleeding after menopause is to assume it’s cancer until I prove to myself otherwise. Your job is to just not worry about it and live your life and let me take care of the rest,’” Weirick recalled.

After many tests and observations, Copeland recommended a hysterectomy and oophorectomy. Doctors found a cyst the size of a “peanut M&M.” The cyst was stage one ovarian cancer that was encased in a tumor.

“They found what’s called a granulosa tumor, which is a very slow-growing cancer but tends to come back,” Weirick said. “It’s only 1 or 2% of all ovarian cancers.”

According to Copeland, bleeding after menopause is never normal and is most commonly associated with endometrial cancer. He encourages people to call their doctors if bleeding or clotting occurs.

“I see patients who say, ‘Well, I re-started my period when I was 55 or 60.’ I’m like, ‘Well, what do you mean re-started?’” Copeland said. “There’s a poor understanding of the significance of it.”

Weirick had surgery in September 2021. While the surgery went well, her wound became infected, extending her recovery time.

Weirick is now cancer-free but goes for a follow-up doctor’s appointment every three months.

Since then, she’s been feeling great and has even started traveling and home improvement projects again.

“If you feel like something’s wrong, listen to your body. If you feel like a doctor is not listening to you or is not taking things seriously enough, find somebody else,” she said. “If you’re bleeding after menopause, you need to get to the bottom of it.”