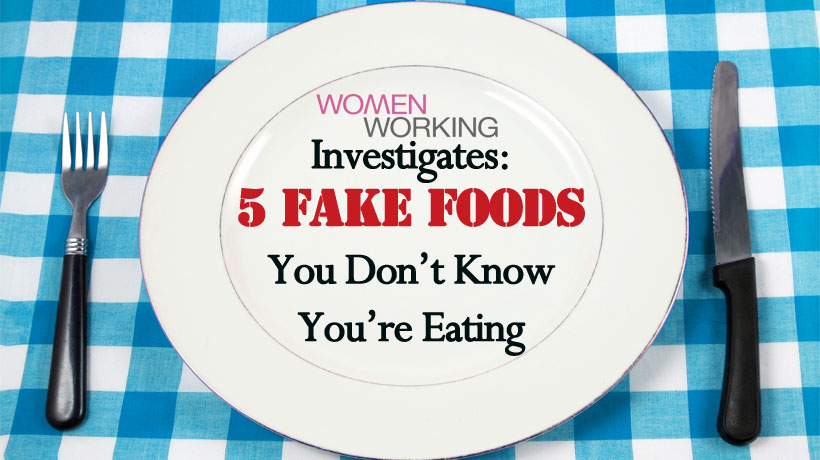 Do you know what’s actually on your plate?

Even if you’ve read the ingredients on the menu or prepared your own meal, sometimes your foods aren’t what they say they are. Food retailers and restaurants often print misleading (and sometimes downright untrue!) claims about the food they sell to cut costs. In the WW Investigates series, we debunked the most common disingenuous claims from the food industry.

If you eat any of these foods, you might want to double-check the label.

Prime meat
Whereas most retail foods are subject to regulations from the Food and Drug Administration (FDA), most restaurant menus are not. What a restaurant labels as “prime meat” may actually be bits of meat adhered together with transglutaminase, more commonly known as the “meat glue” enzyme.

According to the United States Department of Agriculture, only about 6 percent of beef is considered prime beef. And be on the lookout for any restaurants that have “Kobe beef” on their menu, especially if it is reasonably priced. It’s so rare that only a handful of restaurants in the United States have certified Kobe beef. Spoiler alert: the Cheesecake Factory is not one of them.

Honey
In order for the FDA to consider a substance “real honey,” it needs to contain at least some pollen. However, some substances sold as honey in grocery stores are filtered or else have cheaper additives like corn syrup. Vaughn Bryant, a professor at Texas A&M University and director of the Palynology Research Laboratory, worked with Food Safety News to test over 60 jars of products labeled “honey” in the United States.


There are a couple of tests to see if you have real honey, such as seeing how long the honey drips in a steady stream and watching if the honey settles at the bottom of room temperature water. The easiest test is to read the back of the jar or plastic bear. There should only be one ingredient: honey.

Imitation crab
As you can probably tell from the name, imitation crab meat isn’t made from real crab at all. The reason this substitute is more common and affordable is that it is really a paste made from other fish. This paste is frozen, shaved into crab-like flakes, mixed with flavorings, and colored with orange food dye to look and taste like crab.

You might find imitation crab used at your favorite sushi place, so be sure to double-check what’s in your California roll if you’re looking for real crab.

Parmesan cheese
In 2013, the FDA fined the president of Castle Cheese $100,000 for marketing their product as “100 percent parmesan cheese”  when it was really a mixture of Swiss, white cheddar, Havarti and mozzarella.

There are reports of so-called 100 percent parmesan cheese from other manufacturers using cellulose, a common anti-clumping agent made from wood pulp. The FDA says cellulose is safe to eat, but it sure isn’t parmesan. For real cheese, your best bet is to find Italian-made parmesan.

Maple Syrup
Pure maple syrup is a good source of zinc and an excellent source of manganese, which helps with blood clotting, metabolism, and brain function.

Most imitation maple syrups are not.

Many of the most common products that identify as “maple syrup” are mostly comprised of high fructose corn syrup, sodium, and caramel color. You can taste the difference in pure and imitation maple syrups, but because of the lower price, most consumers buy the larger companies’ fake maple syrup in the United States.