5 Signs There May be Abuse (“Gaslighting”) 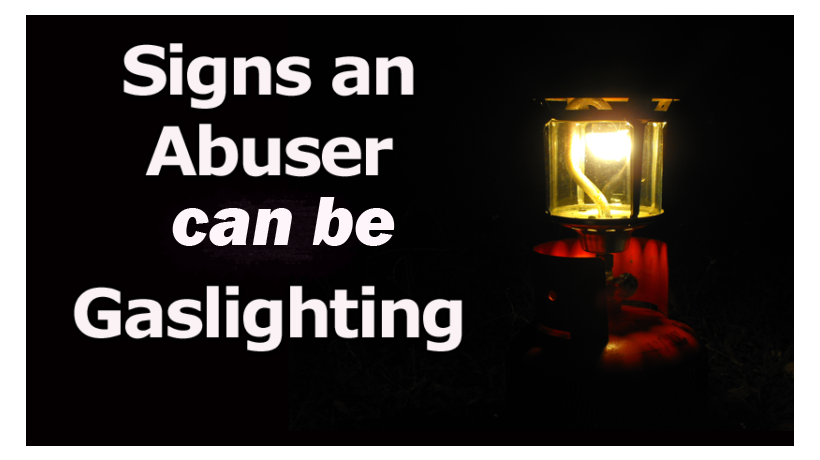 Gaslighting is a form of psychological abuse that makes you question your sanity and your identity through emotional manipulation. An abuser who uses this method is called a gaslighter, and he’ll force you to depend on him while he controls your thoughts, reality, and life. Here are five signs that an abuser is gaslighting you.

He corrects you all the time
An abuser will interject your explanations with phrases like “that’s not what happened” or “you’re remembering things wrong,” especially if you’re talking about something he did. This is all to set up the precedent that you have a faulty memory and that there’s nothing wrong with him. According to John Ringland for the website Medium about gaslighting victims, “The victim may start to believe that they are imagining things, has some kind of mental illness, or has a faulty memory.” This causes you to second-guess yourself, what you see, and what you hear, and you’ll rely on the abuser’s perception of situations instead of your own.

He’s a chronic liar
An abuser will lie and plant the notion in your mind that you heard or saw things wrong, even if you know he’s guilty. He wants to manipulate your sense of what is true and false and cause confusion. According to Dr. George Simon, Ph.D of Counselling Resource, “A really accomplished liar can deceive another person by merely reciting a litany of absolutely true things — while deliberately and cleverly leaving out one or two crucial elements that would change the entire character of what they’re trying to make you believe.” Over time, you’ll believe that your perception of reality is twisted, and you’ll depend more on the gaslighter for the truth.

He blames you for mistakes
As a gaslighter, the abuser thinks he is incapable of making mistakes and if anything goes wrong it’s not because of him, but because of you. According to Stephanie A. Sarkis, Ph.D and author of Gaslighting: Recognize Manipulative and Emotionally Abusive People—and Break Free, “When a gaslighter thinks that they are not the problem and everyone else is, this is called having an ego-syntonic personality.” He’ll deny or be unaware that he’s the problem or that he made a mistake. Instead, he’ll project those problems onto you and punish you for them, not letting up until he’s received a chagrined response from you.

He always wants to be right
A gaslighter will say anything to come across as correct, even when you know he’s wrong. He wants to be in control and he’ll use that control to make people depend on him. According to Jennifer Sweeton, Psy.D, “The mere act of being challenged is intolerable and unacceptable to the gaslighter, who not only needs to be right, but also needs you to wholeheartedly believe that he/she is right.”

He belittles you
An abuser will do his best to hyperbolize your actions and make it sound as though you’re being too sensitive or just overreacting. This can be in response to a joke or to something you heard him say or do.

This is called minimization. According to Dr. George Simon of Counselling Resource about gaslighters and minimization, “When he uses the tactic of minimization, the disturbed character is attempting to convince someone else that the wrongful thing he did wasn’t really as bad or as harmful as he knows it was and as he knows the other person thinks it was.” Soon you’ll believe that you’re being too sensitive, and you’ll question everything you say and how you say it.