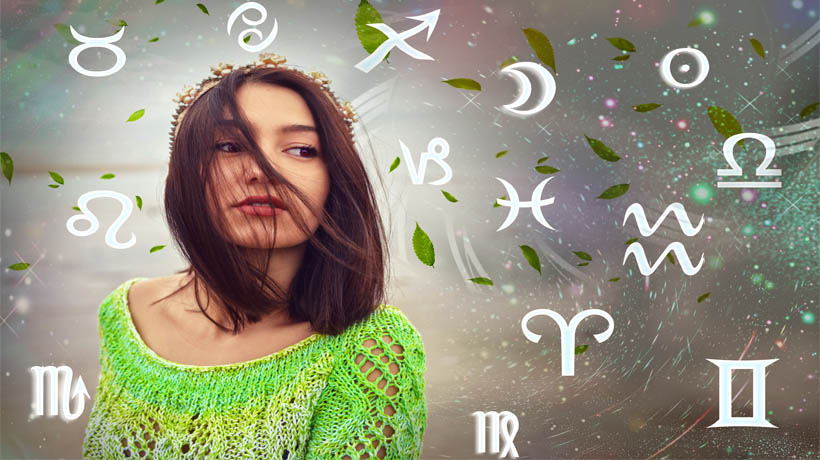 The way someone reacts to dissatisfaction in a relationship can be unpredictable, but in some cases, the stars may have a say in how you react. Check out how you deal with your partner according to your zodiac sign. Do the stars know you better than you know yourself?

Aquarius are naturally shy and quiet, which can be difficult in a relationship. They tend to run from emotional expression, so an unhappy Aquarius will make herself even more distant and shut off than usual. Due to her strength of independence, she will seek out joy in her own adventures or surround herself with friends to help her through the rough patch.

Two of Pisces weaknesses that can surface when they’re discontent are the desire to escape reality and the tendency to be a martyr. Pisces will suffer quietly, ignoring the issues rather than confronting them head-on.  Their compassionate and gentle nature can make it difficult to hurt people, although it’s better to speak up either way.

Naturally courageous, honest, and determined, Aries will lash out to everyone but her partner – for a little while, at least. With weaknesses including the occasional burst of short-temperament or aggression, Aries are unlikely to suffer quietly for long. As one of the most active zodiac signs, an Aries will be sure to confront the issues soon and bring back the passion.

Taurus are known for being practical and well-grounded, so they’re never quick to make a decision. They take their time before changing anything drastic in their life – including their relationship. Taurus can be devoted to the point of destruction, so they won’t be swift to give up on a relationship until they’ve tried absolutely everything to save it.

In opposition to Taurus born just a few weeks earlier, Gemini can occasionally be indecisive. They also hate being alone, which can make for a complicated relationship situation. They love to meet new people and pursue new relationships, but don’t like to speak up if it will result in loneliness. An unsettled Gemini will branch out further to fill her time with new friendships until she can figure out what she wants in her relationship.

Anyone who’s involved with a Cancer knows that they’re loyal to the end, which is why she will use her strengths to confront the issues and fix them. Through her art of persuasion and ability to sympathize with her partner, an unhappy Cancer will tap into her imaginative side to approach the issues from new perspectives.

A Leo can have trouble facing difficult realities, so one in a doomed relationship might be quick to dismiss it as the truth. This, along with a stubborn streak, can result in ignoring the root of the problems. However, when they do accept that problems are there, they will use their smart and witty mind to take initiative and find a way to be happy again.

Virgos can occasionally be self-critical, so one in an unhappy relationship tends to look at herself as the potential reason first. It can be hard for them to ask for help, so, before talking to their partner, a Virgo will take the time to reflect on her own behavior. Practical and kind, a Virgo will do everything in her power to make it work.

Fall-born Libras are known for being cooperative, fair-minded and gracious, so even while she’s displeased, a Libra will try to keep the peace. She will hate the thought of hurting her partner – almost as much as she will hate the idea of being alone. She might seek peace by retreating to the outdoors or engaging in social activities that take her away from her gloom – at least temporarily.

Scorpios pride themselves on being passionate and assertive, so a “secretly” unhappy one is hard to find. Since she typically dislikes passive people, a Scorpio will be sure to tell her partner exactly how she feels and try to get to the root of what’s disappointing her. Loyal to the end, she will either try to salvage the relationship or, if it’s for the best, end it and look to her long-lived friendships to fulfill her in her time of need.

Sagittarius women tend to hate feeling confined, as they love their freedom and are incompatible with clingy people. Because of this, she will usually fight to escape a glum relationship – whether it be through adventures in nature, traveling to a new place or tapping into her generosity by volunteering.

Always in control, an upset Capricorn will struggle to wreak havoc on her relationship by addressing the issues – she will usually stay quiet until it becomes unbearable. Once she expresses herself, it will be in the disciplined, well-mannered way of her being, with an air of caution as she will be expecting the worst. When push comes to shove, a Capricorn will turn to her family and long-held traditions to seek comfort.