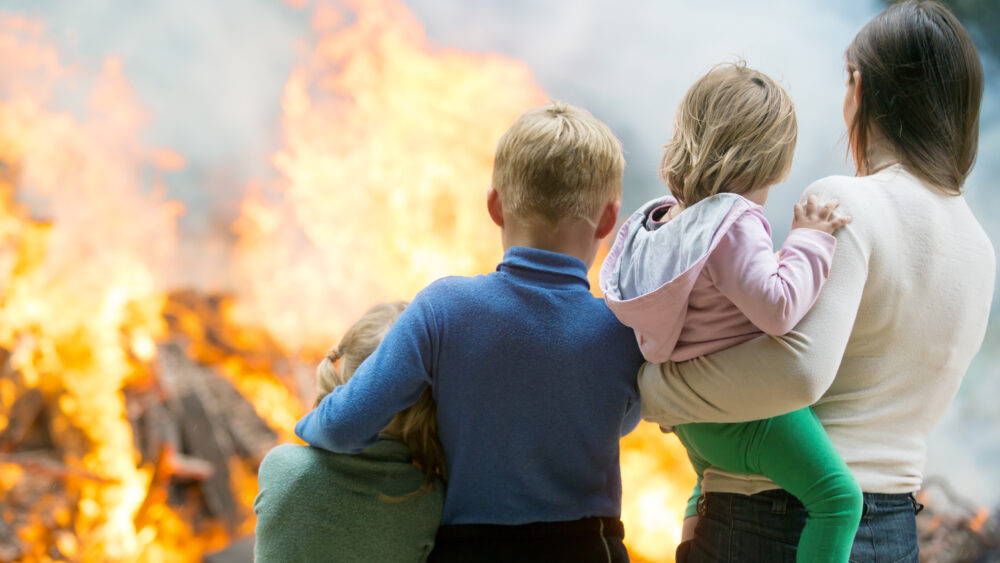 The Sims family, of Clarksville, Tennessee, lost nearly everything in a horrifying house fire earlier this month. But thanks to the bravery of 11-year-old Brody Sims, who made sure his entire family was able to escape, the Sims siblings survived the tragedy, and their family is calling big brother Brody a hero.

“My mom and dad told us, if there was a fire, to grab everyone and run out of the house and call 911,” Brody said to NBC affiliate WSMV. “All you could see was just smoke coming out.”

According to Brody’s aunt, Hannah Sims — who set up a GoFundMe page to support the family — Brody responded to his sister Sydney’s calls for help by “bravely rushing his four siblings out of the house.”

“He ran past the fire to get his 2-year-old brother, who was in a bedroom in the back of the house,” Hannah continued in the description of the fundraiser.

“I was just crying and yelling my brother’s name,” Brody recalled to WSMV. Thankfully, he was able to get his younger brother out of the home before any injury had occurred.

“I did what any big brother would do,” Brody proudly told WSMV.

“It was just kind of surreal,” added Brody’s mom, Kimberly Sims, who was away from home when the fire broke out. “I’m just really thankful the kids have been trained what to do in emergencies. We’re unbelievably proud.”

But the family is still suffering the horror effects of the blaze, which demolished nearly all of the family’s possessions.

“Their house is completely destroyed, along with most of their belongings, including awards their dad got while in the army as well as the kids’ toys and clothes,” Hannah explained on GoFundMe. “This tragedy has struck their family right before the holidays.”

In an effort to lend a helping hand to her family, Hannah says that she is setting up the fundraiser in hopes that people will donate to “get the kids toys and clothes to make their holiday season full of cheer.”

“Anything donated would be greatly appreciated for these 5 little ones!” she added, even attaching an Amazon wishlist and the clothing sizes of each member of the family.

So far, the page has raised over $31,000. Click here to visit the GoFundMe and make a donation.