'64 Dead, More Than 100 Still Unaccounted for' in Kentucky Tornado Disaster 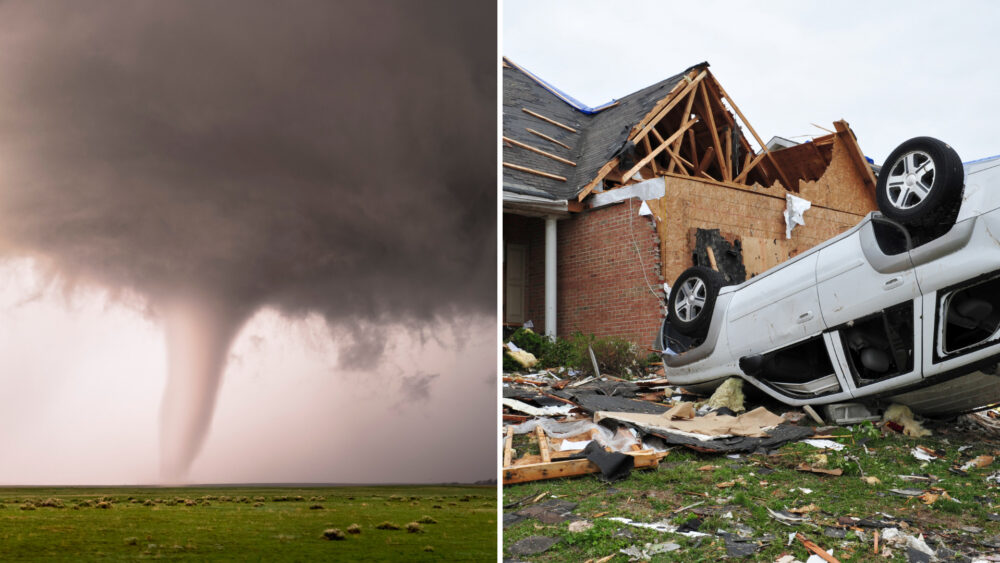 Photos via Shutterstock and do not show actual scene. Images for representational purposes only.

Rescuers are continuing the desperate search for survivors after deadly tornadoes tore through Kentucky and neighboring states over the weekend. The confirmed death toll has risen to 64 in Kentucky, with over 100 still unaccounted for, according to Gov Andy Beshear.

Beshear said that at least 70 people are likely dead, though due to the widespread damage and rubble, it will likely be a week before the number of lives lost is confirmed.

Of those who are deceased, 18 are unidentified; the ones who have been identified range in age from five months to 86 years, Beshear added, his voice cracking. Six of the dead are younger than 18.

“We know our death toll is going to exceed 50, probably going to be closer to 70 to 100,” Beshear stated. “And those are children of God, irreplaceable in their community, so a real tough morning in Kentucky.”

According to the Associated Press, the ‘largest place of loss’ is the Graves County candle factory in Mayfield, Kentucky, which held 110 people when the facility collapsed.

“We’ve never seen a tornado that touches down through four states, 227-plus miles, and goes through the very middle of multiple towns,” said Beshear. “You can be prepared, people can know, and it can still be absolutely devastating.”

On Sunday, President Joe Biden approved a major disaster declaration for Kentucky, which will provide desperately-needed aid to those in at least eight counties after the storm destroyed homes and caused power outages for thousands of residents.

Beshear said he is “grateful” for the declaration, which was the fastest he had ever seen. The governor also sent a message of hope to the state of Kentucky, and others ‘decimated’ by the storm system.

‘We’re strong, we’re resilient,” Beshear said. “We will grieve, but we will rebuild.”