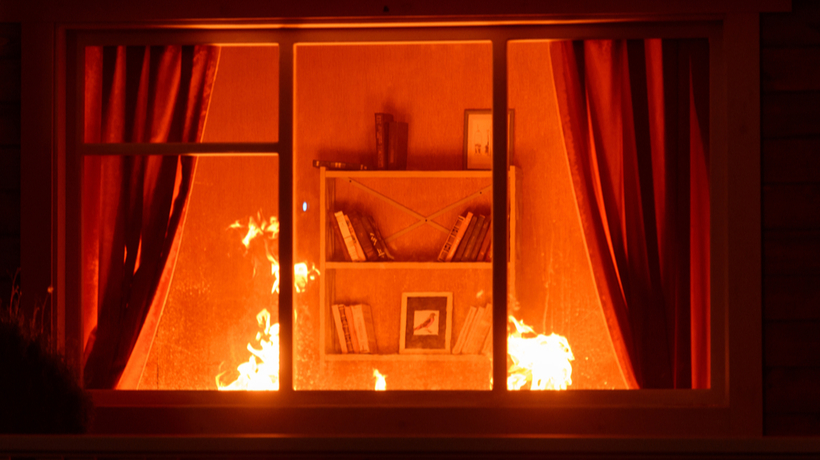 When Texas couple Kayla and Nathan Dahl lost their sense of smell due to COVID-19, their two-year-old son Brandon saved the day with just two words.

According to ABC affiliate WFAA, the pair were sleeping peacefully at around 4:30 a.m. on January 15th when they were awoken by their son, who alerted them of the burning home.

“He tapped me on my feet in bed and was coughing and saying, ‘Mama, hot. Mama, hot,'” Kayla Dahl told Good Morning America. “I turned around. I looked and all I saw was flames in the doorway.”

Thanks to Brandon, who is now being hailed a “mini hero,” the family of seven made it out unscathed before their home was swallowed up in flames. The house’s fire alarms, which were only less than a year old, did not go off until the family was outside.

“He saved our entire family,” Kayla told the outlet.

“We had seconds,” added Brandon’s dad Nathan, a volunteer firefighter. “It’s nothing short of a miracle.”

According to The Washington Post, the fire is believed to have stemmed from a gas heater in the room where little Brandon was sleeping.

Now, the Dahls are beginning the process of replacing the material items lost in the devastating fire, including their vehicles.

‘It’s going to be a long, hard road to get to be where we need to be,’  Kayla told The Washington Post. “But at the same time, if it wasn’t for my son’s guardian angel that morning, I don’t know where we would be.”

A GoFundMe page has been set up to help the family with expenses. Its original goal was $5,000. As of Friday afternoon, the campaign has surpassed $29,000.