3 Communication Blunders You Need to Avoid 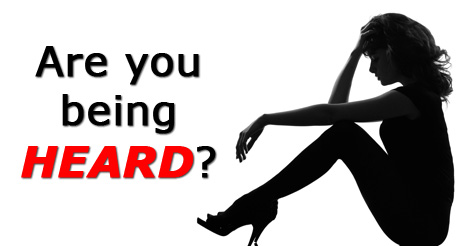 In my last blog post, we looked at three tips to help you become a better communicator. Ironically enough, the very next day, I was reminded again that knowing how to communicate like a pro isn’t enough—we have to actually use what we know. I was reminded of this yesterday when a colleague called me to discuss something important to her—and before we finished our conversation, I made these three common communication mistakes:

Lack of focus and mindfulness: When my colleague called me, I wanted to talk with her because she is almost always available to me when I need to get her input. Despite the fact that I was running behind and had a lot on my mind when she called, I told her I would be happy to talk then. You already know what happened; I was distracted and not able to fully listen to her for the short time we had to talk. That was my first mistake.

Not scheduling enough time: My colleague wanted to talk about something related to her work—and I knew we had strongly different opinions about the subject matter. I “should” have known that it was unrealistic for us to tackle the subject matter in the time we had. I could have scheduled a better time for us to talk—but I didn’t. That was my second mistake.

Ignoring the warning signs: It’s not that our discussion was going poorly. It’s that we weren’t connecting like we usually do.  I also realized I was preoccupied with the time because I had another task begging for my attention. Given that, it’s not surprising that I found myself feeling frustrated. The warning signs were all around me—but I wasn’t paying close enough attention to them. That was my third mistake.

I make my living by communicating. But the fact is, it doesn’t matter how good we are in the communication department, school is never out for the professional. And if we ever think it is, the next lesson is just around the corner—and that’s a good thing. That’s how we learn and make fewer mistakes.