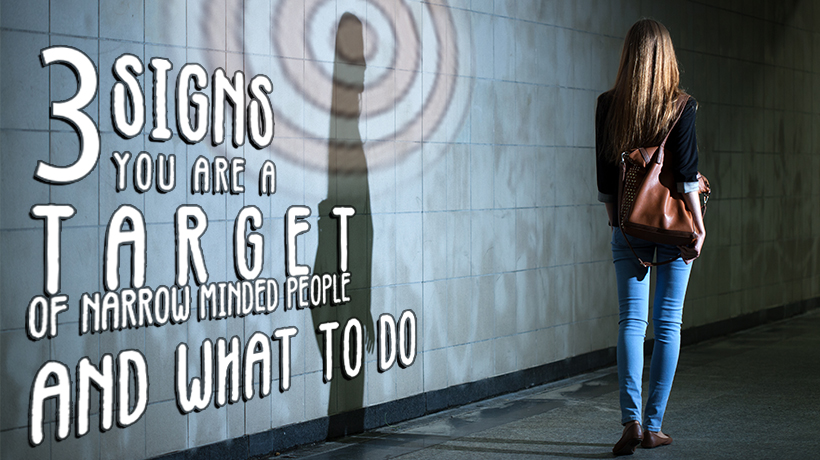 As women, we are usually aware of blatant examples of workplace bias. Typical experiences are receiving nasty racist notes and using disparaging language to black employees, apparent pay disparities between women and men, and supervisors’ admonitions that women need to just get along with the boys. These are only a few. These are obvious, inflammatory, and offensive behaviors that generate feelings of outrage, frustration, fear, and hopelessness.

Yet there are also very subtle signs of bias. Research has proven that people are much more likely to encounter subtle forms of prejudice than the obvious ones. Now that in most companies there are rules, policies and consequences in place for the more blatant examples of bias, we still experience the kind of treatment that is just as dangerous. But it is not as easy to notice. For example, managers who ignore a woman’s input, over-praise the eloquence of a black employee, pass over a qualified female candidate because she wears a hijab.

These more subtle unintentional behaviors can reflect unconscious beliefs about the characteristics of women and people of color. Although some people argue that the general evolution of discrimination from the obvious to the subtle may be evidence of social progress. However, new kinds of bias can be even worse than the previous expressions of prejudice. Sometimes individuals are unaware that they are the target of subtle discrimination against themselves or other coworkers for their race, gender, disability, age or religion.

Here are three signs you are the target of subtle bias and what you can do:

Gender Discrimination. These subtle biases are mostly rooted in socially accepted gender roles and can plague both men and women at work. For women, subtle discrimination shows up as either over-sexualizing them or expecting them to take female office roles. Watch out for lines such as, “It’s too hard for women. Are you in HR? You’re too pretty.” Also, one’s body language through gestures, the tone of voice, and the use of personal space can signal inappropriate or discriminatory messages.

What to do: Stay aware and self-aware. Notice patterns of subtle bias.

Managers and others who carry these unconscious beliefs about how women (and men) should follow the traditional gender roles often don’t notice they are operating from bias. This cluelessness doesn’t absolve them, however. Take notes that will show the pattern of subtle bias. If you feel safe in speaking plainly with your boss, you might mention the trend you’ve noticed with some clear examples. During this conversation, use respectfully worded questions that prompt the other’s awareness of the impact on you. Questions such as “if you were in my shoes, how might you feel when this occurred?” may help your boss see the impact on you.  Otherwise, share your notes with someone you trust in Human Resources along with a list of your experiences. This should prompt an HR investigation of practices that subtly discriminate based on gender.

Family Care Discrimination. Discrimination against women with family responsibility has been around for years, and it can affect anyone from pregnant women to employees with children, to employees caring for elderly parents. Sometimes managers treat women who must split their attention between career and family as less committed, making comments that feel disparaging or not being given challenging assignments that would help one’s career. At times women deal with difficulty when they use their lawful right to Family Medical Leave Act (FMLA) leave, sometimes being penalized by their manager or coworkers for taking time off.

What to do: Speak with someone outside of the situation. Go to Human Resources and lodge a complaint.

Sometimes subtle discrimination is so hard to detect that another’s perspective on your experiences can help shed light on the best next steps. Choose to speak with someone who doesn’t work with you and will keep the conversation private. Another set of eyes on the situation will help reveal if discrimination is occurring.

The Discrimination of Language. Words often reveal the beliefs of the speaker and subtle discrimination shows up in the way that coworkers, managers, and customers speak to each other. Some people might think that they aren’t racist or biased, but they might routinely show up with a basis by using disparaging remarks about certain groups of people. Pay attention to the language that comes your way as well as to others. Watch out for lines such as, “Your people…” and “You’re from the wrong side of the tracks” or “We can’t fire you because the law protects you.”

What to do: Speak out against discrimination.

Research shows that people who speak up about even the subtlest discrimination gain more self-esteem and relieve the buildup of stress.  Those who don’t let others know what is going on often suffered more stress and a decrease in self-esteem. Protect your mental health by speaking up. When you report cases of discrimination, this record creates a paper trail that can support a lawsuit if the discrimination continues. If the pattern is clear to you and you want to learn more regarding your rights, then chat with a discrimination lawyer. They’re trained in recognizing discrimination on every level and knowing what can be legally done for you to pursue your rights under the law.