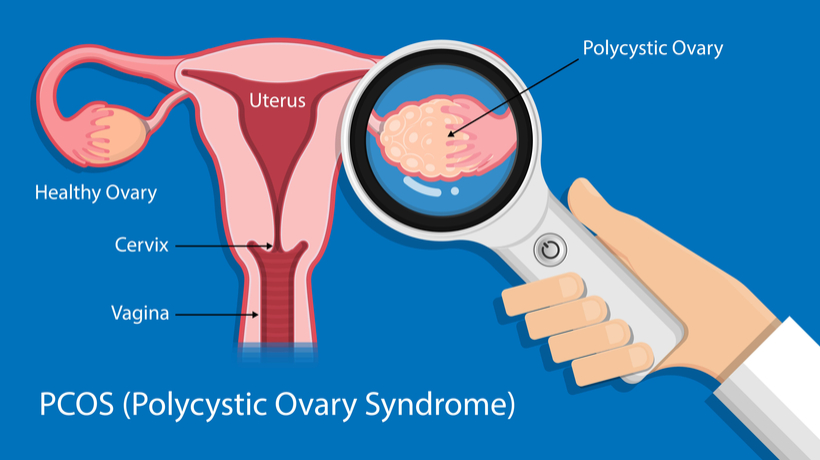 Unless you work in the medical field or have an uncanny ability to recollect the ovarian cycle from back when you studied it in sex ed, you may need a refresher on the subject.

Each month, two glands located at the base of our brain – the hypothalamus and pituitary glands – send hormone signals to a group of immature eggs that are stored in the ovary. These hormones, in particular the follicle stimulating hormone (FSH), help the eggs mature. One egg, however, is chosen from the bunch to fully mature and be released from the ovary (this process is referred to as ovulation).

When a woman enters menopause, her ovaries stop releasing eggs and making female hormones, estrogen and progesterone. This drop in levels can lead to a range of complications that affect the ovary.

Polycystic ovary syndrome (PCOS)
When the eggs fail to mature and ovulate, this has been said to trigger PCOS, although the exact cause is unknown. This hormonal disorder affects women of reproductive age, often presenting symptoms around the time of the first menstrual period during puberty. Women with PCOS may experience infrequent or prolonged menstrual periods. Though signs and symptoms may vary, a diagnosis is made when a woman experiences at least two of the following: irregular periods, excess androgen levels and polycystic ovaries.

According to the PCOS Awareness Association, complications of PCOS include fertility problems, risk for developing insulin resistance and prediabetes/diabetes, abnormal cholesterol and triglyceride levels, heart disease, stroke, endometrial cancer (cancer of the inner lining of the uterus), obesity, and sleep apnea.

Endometriosis
Characterized as an often painful disorder, endometriosis is an ovarian disorder in which the tissue that normally lines the inside of your uterus — the endometrium — grows outside your uterus. Aside from fertility problems, the primary symptom of endometriosis is pelvic pain, although some women with advanced endometriosis may not experience pain at all. Though endometriosis can happen to any female who has begun having periods, according to Healthline, endometriosis affects more than 11 percent of menstruating women in the United States between the ages of 15 to 44.

Ovarian cancer
Also known as a “silent killer”, ovarian cancer is a type of cancer that begins in the ovaries. Unfortunately, it often goes undetected until the cancer has spread within the pelvis and abdomen. This is due to the fact that early-stage ovarian cancer rarely causes any symptoms, and the ones that present in the advanced stage are few and often mistaken for more common benign conditions. Symptoms may include: abdominal bloating, quickly feeling full when eating, weight loss, discomfort in the pelvis area, changes in bowel habits, and frequent urination. According to the American Cancer Society, ovarian cancer ranks fifth in cancer deaths among women, accounting for more deaths than any other cancer of the female reproductive system.