4 Illnesses That May be Linked to Vitamin D Deficiency 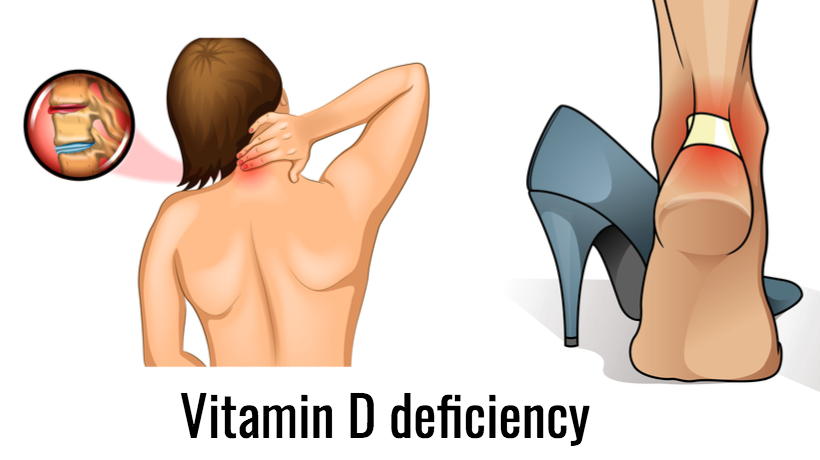 During the winter, the limited amount of sunlight can affect you in more ways than you may think.

The sun is our natural primary source of how we obtain vitamin D. It helps to synthesize the vitamin in the skin which promotes the growth of strong muscles and bones, regulates our immune system and enhances our mood.

But just as beneficial as this “wonder vitamin” can be, the lack of it can be just as harmful to our health and well-being.

If you have already educated yourself on the signs of a vitamin D deficiency, you may want to pay close attention to the illnesses it can lead to.

An increased risk of dementia
As defined by the Alzheimer’s Association of America, dementia (of which Alzheimer’s is the most common type) is a general term for loss of memory and other mental abilities severe enough to interfere with daily life. According to a 2014 study published in the journal Neurology, researchers determined a substantially increased risk of dementia and Alzheimer’s disease linked to vitamin D deficiency. The study was performed on more than 1600 older adults who did not have dementia at the beginning of the study. Compared with those who had sufficient levels of vitamin D, researchers observed that those with low levels of vitamin D had a 53 percent increased risk of developing all-cause dementia, while those who were severely deficient had a 125 percent increased risk.

Schizophrenia
The National Institute of Mental Health interprets schizophrenia as a mental disorder characterized by disruptions in thought processes, perceptions, emotional responsiveness, and social interactions. A 2014 review published in The Journal of Clinical Endocrinology & Metabolism revealed a strong association between vitamin D deficiency and schizophrenia per researchers’ findings from 19 observational studies. More research in the form of clinical trials is, however, still underway.

Depression
A number of studies have shown vitamin D’s key role in several regions of the brain that are known to regulate mood. These studies may also explain why seasonal affective disorder (SAD) occurs during dark times of the year where sunshine is not so prevalent.

According to James M. Greenblatt, M.D., a dually certified child and adult psychiatrist via Psychology Today, several studies have suggested that the symptoms of SAD may be due to changing levels of vitamin D3, which may affect serotonin levels in the brain. Greenblatt has found that vitamin D deficiency impairs and prolongs recovery from depression, however vitamin D is just a small but critical part of treatment as depression has a myriad of causes.

Heart-related complications
Though it remains unclear whether a steady vitamin D intake will reduce the risk of heart disease, numerous studies have revealed that a lack of vitamin D is a risk factor for heart attacks, congestive heart failure, peripheral arterial disease (PAD), strokes, and the conditions associated with cardiovascular disease, such as high blood pressure and diabetes.

“Now that we have identified this risk factor for heart disease,” says Erin Michos, M.D., M.H.S., Assistant Professor of Medicine at Johns Hopkins Hospital in the Division of Cardiology, “the question is, if you’re deficient and I give you vitamin D back, can I actually prevent a heart attack?”

Dr. Michos believes that question will be answered more conclusively by large clinical trials over the next five to eight years.

Until then, maintain healthy vitamin D levels by consuming foods like fatty fish (such as salmon), fortified orange juice, and milk. Of course, sunlight is the strongest natural source for vitamin D, so don’t be afraid to spend a few minutes outdoors in the sunshine each day with some skin exposed.