4 Myths Men Believe About Women That They Shouldn't 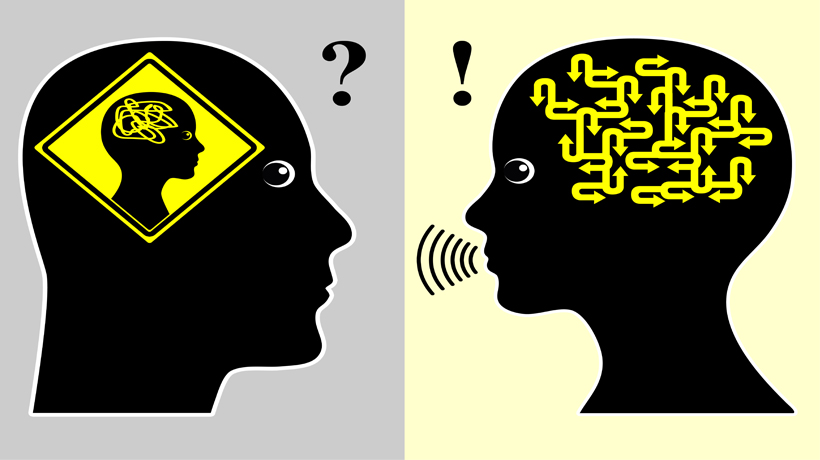 PMS makes women irrational
Men are not subjected to the kind of hormonal fluctuations that women are, therefore, it is very difficult to understand or empathize with the hormonal changes that cause PMS. Mood changes in particular are largely misunderstood.
Food cravings, cramping and breast tenderness would make anyone more moody, but men mistakenly think the irritability is just part of the PMS package. As a result, men may wrongly dismiss a woman’s mood and overlook their own irritating behavior.

Women have more empathy
While evolution has made the female and the male different in ways that play up one another’s strengths, there is the false belief that women’s brains are hardwired for empathy and care. Such assumptions by men about women’s innate emotional intelligence lead men to view women as non-dominant, endlessly forgiving and being emotionally vulnerable.
However, research has found that traits like compassion and empathy can vary widely between genders and gender roles suggesting that emotional intelligence is not a physical difference in the brain but rather a difference in nurturing, learning and environment.

Motherhood is a woman’s ultimate goal
Customs and cultures (not just men) create the myth that women are meant to be mothers. Arguably, it is women who put the most pressure on other women to reproduce. The female body is uniquely designed to become pregnant, but it is wrong to assume that motherhood represents some end in growth, development or aspiration.
Despite the fact that 46% of all physicians in training are female, 36% of the legal profession is female, and that 22 nations on Earth have female leaders, much of the world still thinks that women are baby-machines. I would need several encyclopedia-length volumes to scratch the surface.

Women don’t like casual sex
Society has long said that it is taboo for women to desire or engage in casual sex (sexual activity between non-mating or non-committal partners).
The Handbook for Sexuality in Close Relationships shows that men tend to exaggerate the number of sexual partners they have had, while women underestimate. Another study showed that when compelled to be honest (using a fake lie detector test), women reported more sexual partners than males.
Studies also show that women are more likely to reject offers for casual sex, not because they weren’t interested but because they were more selective. Psychology Today notes that “women demonstrated a willingness to engage in a casual encounter … with someone who was worth it.”
Despite men’s perception that the average woman is sexually conservative, it doesn’t seem to stop men from propositioning women. Maybe those men think they are “worth it” – the biggest myth of all.