4 Things your Eye Color May Reveal About Your Health 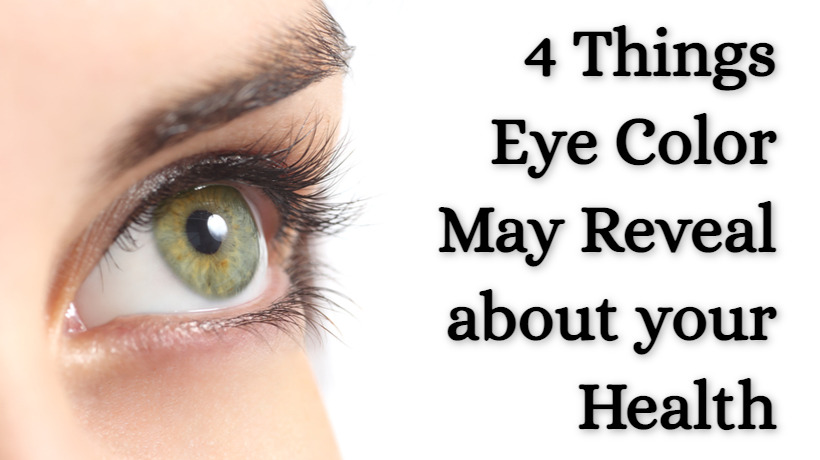 When we think of eye color, we may often disregard it as something we have merely inherited from genetics. In reality, though, the color of our irises can indicate a lot more about our health.

In a study conducted at the University of Colorado School of Medicine, researchers studied 3,000 persons with vitiligo, an autoimmune condition in which the immune system destroys healthy pigment cells, resulting in skin patches. What they found was that those with vitiligo were less likely to have blue or gray eyes than those without it.

Normally, genetics and endurance can determine your athletic ability. But eye color seems to have the least to do with athletic ability. Still, one study dating from 1978 suggested that people with lighter eyes had slower reaction times in comparison to their dark-eyed counterparts. Individuals with darker eyes were reported to have shorter, and even sharper reaction times than their light-eyed counterparts.

Dark-colored irises may suggest a decreased risk of melanoma, a kind of skin cancer. According to DNA samples studied in the journal of Cancer Epidemiology, Biomarkers & Prevention, children with the blue eye gene were more likely to develop moles, a leading indicator that can predict the risk of melanoma as adults. Additionally, those with lighter eyes are more susceptible to developing melanoma as they have less light-absorbing pigment in their eyes, which can be at risk for sun damage.

One study at Georgia State University has found that those with lighter eyes are more likely to drink and abuse alcohol than those with dark eyes. Melanin could be the cause of this, as it is a pigment involved in neurological connections in the brain cells. If an individual has darker eyes, meaning they have more pigment in the eyes, it might imply that they are more susceptible to stimuli such as alcohol, which can make them more sensitive to the effects of alcohol. Those with lighter eyes may not feel the effects and may drink more in excess than those with darker eyes would.