4 Warning Signs It's More Than Just a Cough 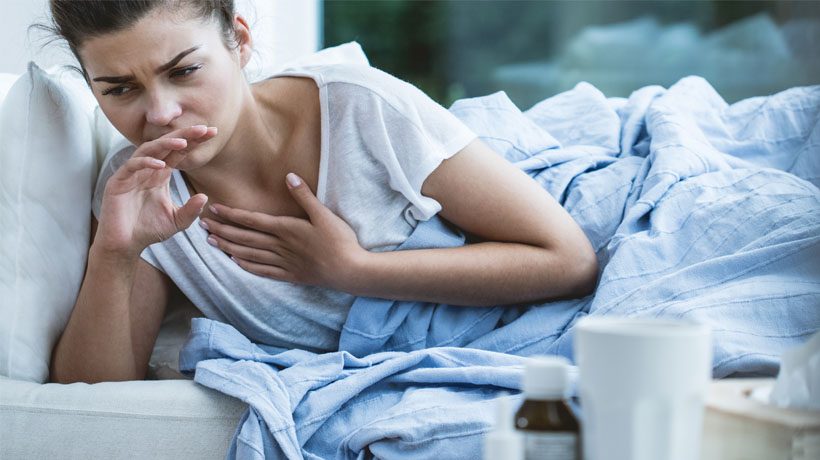 Most coughs go away on their own without medical attention in a few days or a couple of weeks. But some coughs can linger, persisting for a month or even longer, and might be cause for concern.

Fortunately, a lengthy cough can usually be attributed to post-nasal drip from allergies, a stubborn cold, air pollution, acid reflux or a medication side effect—approximately 90 percent of the time. Every so often, a persistent cough can be a warning sign of something more serious: an infection like pneumonia, chronic asthma, chronic obstructive pulmonary disease (COPD), pulmonary fibrosis (scarring of the lungs) or lung cancer.

Consider the following to help determine when a lingering cough may actually be worrisome.

You’ve been coughing for a long time
“In general, we don’t [worry] about a chronic cough until it has been present for about four weeks,” says Norman Edelman at the American Lung Association. Most coughs—like the common ones caused by colds and the flu–—gradually get better as time passes and go away on their own in four to six weeks. If a cough persists and does not seem to be getting better, it could be the symptom of a larger issue.

The cough is uncommonly loud
Is the cough slight and muted or is it loud and thundering? If your cough is severe, it might be time to check in with a medical professional.

You’re coughing up colored mucus or blood
Most colds and flus produce white or clear sputum, but if the mucus is yellow or green, it might suggest a more serious infection. Like colored mucus, blood can also be a warning sign. “That’s one of those alarm-bell symptoms that you really need to see your doctor,” says Joshua Septimus from Houston Methodist Hospital. “The most common cause is bronchitis, but you don’t want to assume that.” It could also be pneumonia, COPD, a blood clot, tuberculosis, lung cancer or an autoimmune disease such as lupus.

You have other unusual symptoms
If you have a runny nose and a sore throat, there’s a good chance the cough is just from a cold. But other symptoms, especially shortness of breath, could be representative of more trouble.