4 Ways To Deal With Rude People 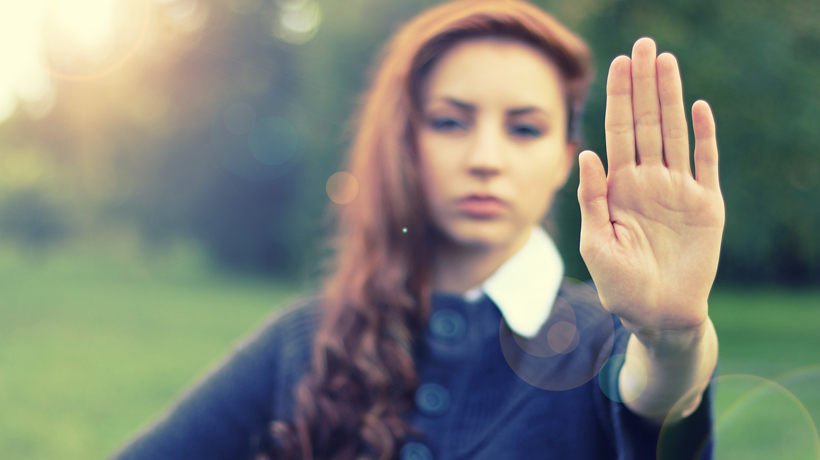 It’s never ok to let someone treat us in a way that’s disrespectful. That being said, there are times where we let it go because it simply isn’t worth our time and effort. Instead we tell ourselves that they’re probably having a bad day, it’s not about us, or we walk away from the negativity. But what about those people in our lives that don’t realize they’re being rude? When do we put our foot down and decide it’s not OK?

1. When their jokes aren’t funny and they’re mean.
They continuously make jokes without any regard for our feelings and we find ourselves consumed by anger and resentment instead of laughter. Who wants to feel like someone has that much control over our emotions? Instead of letting it go, we need to sit them down and tell them how they are affecting us.

2. When they’re wasting our time.
It starts off as being only a few minutes late so we don’t say anything. But now they’re showing up late to almost everything and it has gotten to the point where they don’t even call to let us know. We don’t say anything because we want to avoid the conflict but they take our lack of response as no big deal. Instead of letting it slide, we need to speak up and let them know that it’s not OK. Our time is just as important as theirs.

3. When they’re invading our space.
If you’ve watched the Pantene commerical, ShineStrong, then you know all about women apologizing too often. Specifically speaking, we’re entitled to our space. When someone is in our space, a lot of women feel this pressure to move, apologize for being in the way or make themselves smaller. Stop right there! We have just as much right to be there and it’s up to us to own our space and our presence in a room.

4. When they’re being too pushy.
If a friend or colleague gives us some advice. That’s fine. But when they try to push that advice on us as if it’s the only alternative. That isn’t so fine. We can appreciate their input (to get them off our back) and then do it the way we see fit.

The points in this article are the opinions of the writer.