4 Ways To Step Up From Manager To Leader

I first met Alison Levine producing one of our public television shows, “Living Courageously: The Spirit of Women,” and I was awed by her ability to take risks. She had a Wall Street job, was able to climb Mount Everest; now she inspires women to follow their passion, step up, and be their best selves. In her own words, “I was climbing first, but I was tired of being broke, scrounging for sponsorship dollars and praying I could find used gear to use on my trips since I could not afford to buy these items new. I went to grad school intending to ‘re-invent myself’ and try something that was completely out of my comfort zone… Of course Wall Street did not last long; less than three years, and I was back in the adventure world again.”

We recently caught up with Alison, and she talked about two new adventures that she’s involved in. She says, “The first is a climb in Antarctica that is different from anything else I’ve ever done. It’s a first ascent of an unclimbed peak over there, and I’m leaving for that at the end of December. Antarctica is the coldest, windiest place on Earth.” She’s also making a documentary film, “The Glass Ceiling,” which tells the story of Pasang Lhamu Sherpa—mother of three who broke through all kinds of cultural barriers to become the first Nepali woman to summit Mount Everest.

Alison has a lot to say about risk-taking, especially how to step up from manager to becoming a leader. Here are her tips:

1. Don’t complain when things are super stressful.
Leaders know how to suck it up and get the job done, even during nerve-wracking, uncomfortable times. If you can put a smile on your face and achieve big things during times of crisis, you will stand out from the crowd and people will know you’ve got what it takes to lead.

2. Be proactive.
Step up to the plate and ask for extra responsibilities or projects that will allow you to showcase your talents.

3. Be nimble, be flexible, be adaptable.
Forget about being hell-bent on sticking to your plan, because whatever plan you came up with last year/last month/last week is already outdated in today’s business world where everything moves at warp speed.

4. Give yourself permission to fail.
If you are afraid to fail, you’re never going to be brave enough to take the kinds of risks that leaders need to take. 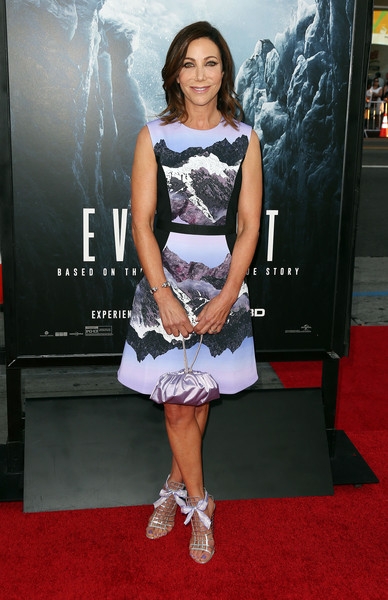 Alison Levine at the Hollywood premiere of “Everest”

Climbing photo: Khumbu Icefall on the Nepali side of Mount Everest (Jack Norton)