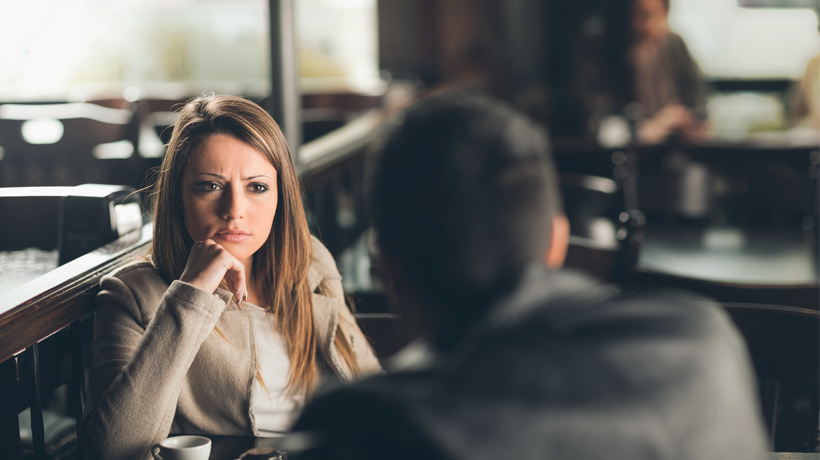 Okay fellas, you thought your relationship was going great until she broke it off. Another one down the drain. Feels like you don’t have luck after all right? Wrong. Sometimes it’s not about luck; it’s about being aware of the things that women can’t stand.

He’s self-centered
He’s so full of himself – everything he talks about revolves around him. He leaves no room for her. If things start to wander away from his direction a bit, he’ll make sure to pull them back his way. Vanity is a definite turn-off.

He’s sexist
Oh, the disrespect that comes with this one. Be wary that expressing just the slightest bit of sexism is enough to send her running. Women have fought long and hard for equality and if a man of the 21st century can’t recognize this, then no woman is going to want to stick around.

He’s downright mean
He pokes fun at others’ appearances and thinks he’s such a comedian, but in reality his bullying is disturbing.

He’s unreadable
I can’t stress enough how frustrating it is when a woman puts all of herself out there and only gets bits and pieces in return. One moment he’s sharing and caring, and the next moment — poof! He does a complete 180. After a while, she’s bound to get confused and tired of trying to figure him out.

Bad hygiene
Yep, this can do it too. Everyone has their bad days, but if it’s a habit then there’s a problem. No one wants to cuddle up with a guy who hasn’t showered in three days.