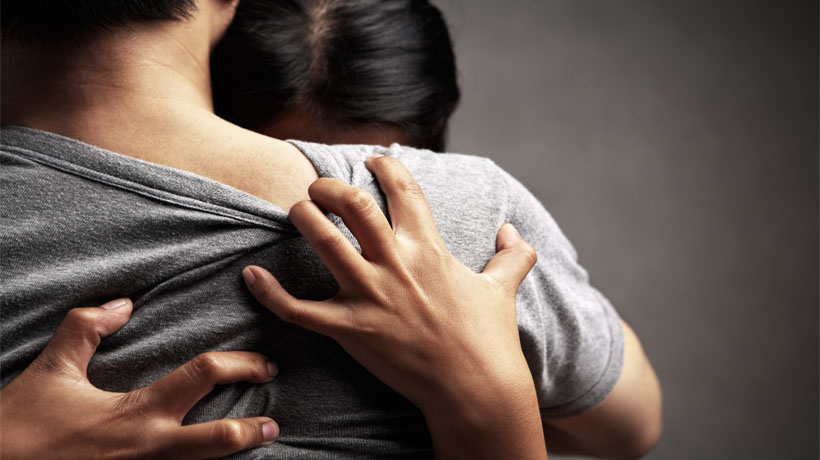 When men don’t want to be with women anymore, often we don’t know what to do about it. So if he’s done with you, why does he hold on? Why is he keeping you from moving on? Let’s explore.

He’s a coward
If he doesn’t really want you anymore, he might be afraid to tell you. It will be the biggest, heaviest, saddest, yet most-liberating and most-likely-to-get-him-kicked-in-the-nuts conversation he’s ever had with you. He’s scared of how it will go down. So he weighs that versus what the relationship still provides and … he does nothing.

Peer pressure
You’ve been together for a while. He’s distant, disinterested and the spark seems to have died, but what about his family, your family, your friends, your neighbors or coworkers? They identify him as part of a couple. Is he going to have to explain to dozens of people that he just dumped you? That’s a lot to think about, so he avoids.

Roommate syndrome
It’s hard to make it on your own nowadays. Rent, mortgage, cable, internet, car, food … living alone can be expensive. If you’re in a relationship, whether it’s fading or dying, having a roommate that you already know makes the idea of splitting up miserable. This happens all the time. The heart moves on but the rent needs to keep getting paid.

The good parts
It’s hard to imagine a relationship where nothing good is left over. Even if he doesn’t love you anymore (if he ever did) there are still great moments, or at least some good ones, that can become the reasons he keeps holding on. Of course, the real reason is because he is avoiding pain – maybe his, maybe yours, maybe both.

He’s a narcissist
True narcissism is rare, but if he is a narcissist he may still keep you around for whatever he thinks he can get out of you – your sex, your car, your money or whatever.

Pets
I actually knew a couple who stayed together despite obvious problems because they got a dog when they moved in to her place. He wanted out, she wanted him out, but their dog (Marcus was a great dog) kept them together. They were beyond trying but neither could bear walking away from Marcus. Marcus died just after Christmas. They’ve since broken up.
Don’t let yourself become someone’s scapegoat. If he’s emotionally done, don’t wait for him. You’ve got better things to do and a life to live without him.