5 Comebacks For Dealing With Sexism At Work 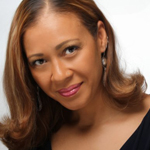 While overt sexual harassment still exists in today’s workplace, many women are forced to deal with the more subtle and nuanced forms of sexism on an all too regular basis. Unfortunately, there are no easy answers on how to combat sexism at work; however,  the next time you face gender-workplace bias, try one of these five comebacks:

Ask a clarifying question: All too often people are not expecting you to ask them a question after they have made a sexist remark. The sad part is they may not even be aware that their comment towards you was demeaning. So, in a calm and neutral tone, you can ask: “What did you mean? I’m not sure I understand what you just said.” This strategy forces the person to explain what they meant, helping to raise their awareness and causing them to think about what they said. In essence, you disarm them before they get any further into a sexist rant.

Be direct and firm: While you have to judge the situation and know how safe it will be, when you can directly point out your colleague’s sexism, then do just that. You can inform your co-worker that they are stereotyping women, explain why their comment is sexist, and let them know you will not tolerate their behavior. Educating others is a critical step in dismantling the patriarchy, and can have a beneficial effect for you as well as the other women in your office.

Switch the compliment: A sexist remark can be disguised as a compliment, which can leave you feeling a bit confused and make it challenging for the other person to understand why their comment was sexist. After all, they just gave you what seemingly appears to be a compliment. Well, one way to delineate is to ask yourself if that same compliment would be directed towards a man. For instance, would someone say to a man, “Wow I’m pleasantly surprised you did such a great job with figuring out those numbers, Bob.” Probably not. So, when one of your male colleagues disguises his sexism in a compliment, reverse the compliment and see how that lands. That will point out his sexism, and, you will not feel like you are overreacting or being overly sensitive.

Don’t entertain sexist humor: All too often sexism is propagated through what seems like good ole’ harmless fun. There is nothing funny about sexism, which is demoralizing and detrimental in the workplace. Sexist jokes contribute to and foster a workplace environment that tolerates discrimination against women. By not laughing at sexist jokes, you make it clear that there is nothing benign or harmless in subscribing to stereotypes that promote gender bias.

Quietly document what is happening: If you find yourself in a situation where you are being harassed, you have every right to seek help. Right from the beginning, document and keep track of what was said to you, the date and time it happened, and note if anyone else was present. If someone is harassing you, that person is breaking the law. While no one wants to be in the position of reporting a co-worker, colleague, or supervisor, you have a right to work in an environment that is free of sexual harassment. So, if you decide to go the route of reporting the harassment, it is important to have clear documentation.