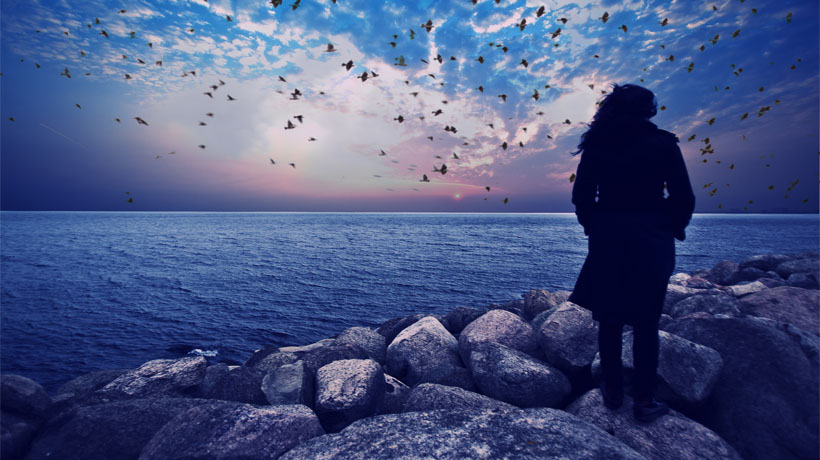 When you’re single and loathing it, it’s easy to make foolish decisions out of pure loneliness. Sure, there are perks to being on your own, but in your case, it feels like the negatives significantly outweigh them. No matter how difficult the journey, avoid resorting to the following things to fill the void within (because no one can do that other than yourself).

Stalking an old flame
You just got out of a relationship a month ago and are wondering whatever happened to “the one that got away.” Now, you’re scouring social media to see what he’s up to, obsess over his pictures and uncover his relationship status. Let’s be real. You’re not ready for love again, you’re just lonely. And although it’s only natural to miss the idea of being in love; give your heart and mind a break.

Sex with a stranger
Though there’s nothing wrong with casual sex sans strings attached, simply getting intimate for the sake of feeling better about yourself won’t do you or your rebound any favors. Plus, you don’t know a thing about the other person, or what baggage and secrets that may be tucked away in his closet. If you do plan on taking this step, be safe – physically, mentally and emotionally.

Isolating yourself from the outside world
At the same time, being anti-social and shutting yourself away from your loved ones can be toxic. Although it’s healthy to take some time to be alone and sit with your feelings after heartbreak, it’s important that you don’t turn your back on your support system. Spend time with the people who honor you and remember to honor yourself in the process as well.

Reconnecting with an ex just because
You both share history and a sense of comfort. It’s tempting to go back to what feels familiar while ignoring the conflicts that tore you two apart. Ultimately, you will expose them again, no matter how much you convince yourself that “things will be different this time.” Don’t open up this can of worms; it’s one that you’ll have trouble re-shutting.

Settling for “good enough”
Yes, it’s frustrating to kiss so many frogs with no signs of Prince Charming in sight. But that doesn’t mean you should give up, thinking the next interested guy who comes around will do. Love presents itself when least expected, and you don’t want to be stuck in a position that may sabotage a promising opportunity. You deserve the real deal; believe that. Until then, work on yourself and discover the things that will feed your soul.