5 Early Signs the Kidneys Are in Danger 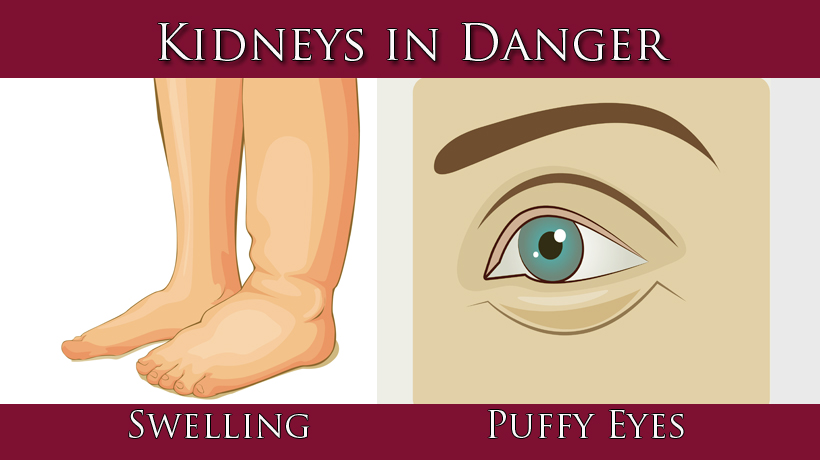 According to the National Kidney Foundation, over 30 million Americans have kidney disease, and they don’t even know it. At times, people mistakenly dismiss the physical symptoms as other possible causes. More often than not, they also only become apparent in the later stages when the kidneys are failing and there are large amounts of protein in the urine. Although the only surefire way to recognize kidney disease is to get tested by a healthcare practitioner, beware of the following signs that could indicate your kidneys aren’t working as well as they should be.

You’re more tired or have difficulty concentrating
If you’ve been feeling a bit more sluggish than usual though your diet and sleeping habits are consistent and healthy, prod deeper. Since the kidney’s primary role is to filter out the toxins we consume, its failure can lead to a buildup of impurities in the blood. This can make us feel unusually weak and fatigued (not to mention, make it hard for us to get a good night’s rest).

Puffy eyes
Although difficulty sleeping could be one culprit for persistent puffiness around the eyes, it could also be due to the excess of protein in the urine. Protein in the urine is an early indication of kidney damage (its filters should be working properly to keep it inside the body – not out).

Swelling of body parts
The inability for the kidney to remove extra fluid, let alone toxins, from your body will present itself in your legs, ankles, feet, face, or hands. This could also be due to the sodium retention that may occur with kidney failure.

Change in urination habits
If you feel the urge to go to the bathroom more often, it could be a sign of kidney failure. When the kidney filters are damaged, it can increase the need to urinate (especially at night).

Blood in urine
Rather than filtering wastes from the blood to create urine, damaged kidneys may “leak out” blood cells into the urine. This symptom could also be associated with kidney stones or other serious infections.