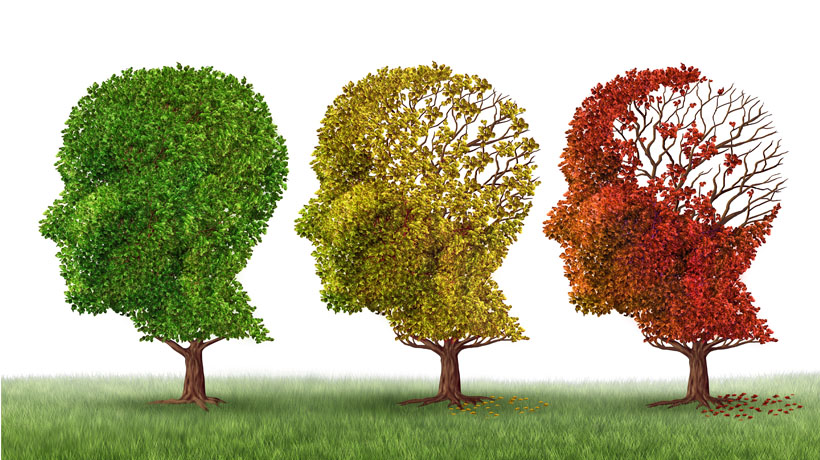 Misplacing your keys at home, forgetting why you walked into a room or losing track of important dates might seem like the norm every so often. After all, aren’t we all a little absent-minded to a degree? It’s when these little details become so debilitating they interfere with your day-to-day tasks that you may want to raise a red flag.

According to the Alzheimer’s Association, Alzheimer’s disease (AD) affects more than 5 million people in the United States and is the sixth leading cause of death. Defined as the most common cause of dementia — a general term for memory loss and other cognitive abilities serious enough to interfere with daily life — AD is not a normal result of aging nor is it only a disease for those of old age. Although the majority of people who have AD are 65 and older, up to five percent of those diagnosed have early-onset AD (which means diagnoses could begin as early as your 40s and 50s).

Per Healthline, the exact cause of early-onset AD hasn’t yet fully been determined. Researchers have, however, discovered three genes with rare variations that may directly cause or contribute to AD as they are carried from one generation to the next within a family.  Research for these genes is still ongoing.

If you or a loved one you know is exhibiting these early warning signs, see a healthcare professional.

Difficulty making decisions
Those affected by AD may exercise poor judgment for decisions that may require tact and thought, like making lofty purchases for unnecessary items or suddenly donating large sums of money to random organizations. Choosing not to partake in activities or tasks that were a once a normal routine is also evident, such as bathing or changing clothes after getting home.

Difficulty planning and solving problems
Whether for work or for leisure, some people may have difficulty following and executing steps, or taking longer to do things that previously seemed effortless. This may include getting lost while driving a commonly traveled route or having trouble following a familiar recipe.

Losing track of time or place
While a typical age-related change might be forgetting what day of the week it is yet figuring it out later, people with Alzheimer’s may forget where they are in the moment or how they got there. Misunderstanding the passage of time is a common symptom of AD.

Vision loss
For some people with Alzheimer’s, problems with eyesight and judgment of distance, color or contrast is not uncommon. This could lead to problems with reading and driving.

Personality and mood changes
As symptoms progress, you may notice that you or your loved one may experience feelings of confusion, depression, anxiety or fearfulness. This could result in withdrawing from social activities or hobbies that were once enjoyable.