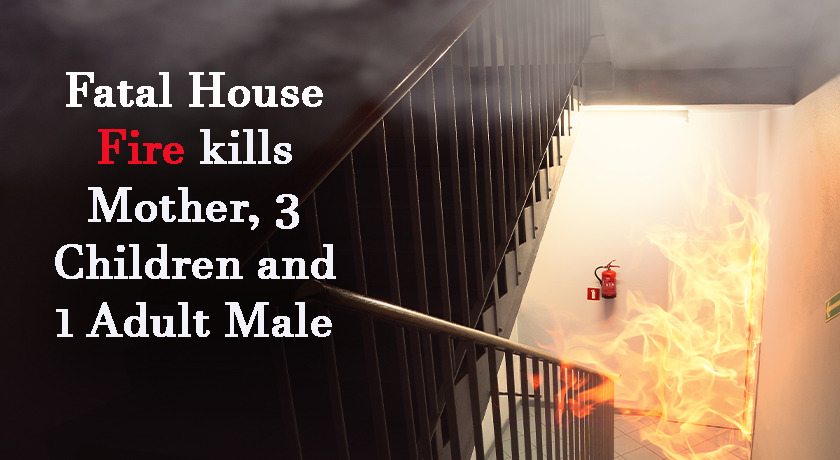 A mother and her three children were caught in a fire which took place in Delaware Township on Friday, September 16th, along with a fifth and unidentified adult male.

The victims were identified through medical, dental, and x-ray records as a mother and her three children. Elizabeth Seltzer, 33, along with her son Jordan, 1, and daughters Ainsley, 3, and Paisley, 6, were identified by Mercer County Coroner John Libonati, reported WFMJ. Multiple fire departments and EMS units searched through rubble in the aftermath of the rural farmhouse fire.

The firefighters were notified of the fire around midnight on Thursday, according to CBS. They arrived at the scene to find the home completely ablaze, along with ambulance crews and the state police. It took nearly four hours for first responders to completely extinguish the blaze.

The fifth victim was found after the search efforts, and is an adult male who has yet to be identified, but is believed to be the children’s father, though the couple was divorced. Officials are waiting on medical records, and cause of death will take about three weeks to determine. People has stated that the state police and a fire marshal are currently investigating the cause of the fire.

Elizabeth is survived by her sister, Rebekah Liese, who has set up a GoFundMe to pay for the upcoming funerals. The fundraising has received more than its $36,000 goal already, as $38,700 has currently been raised.

Liese wrote to express her gratitude on the site’s page, saying, “The tears flow because I just can’t express properly how grateful we truly are. Thank you all again for being who you are, and for giving how you did, and for how you have helped my family with what has been the hardest thing I could ever imagine.”

Photo is not of actual scene but a creative representation.