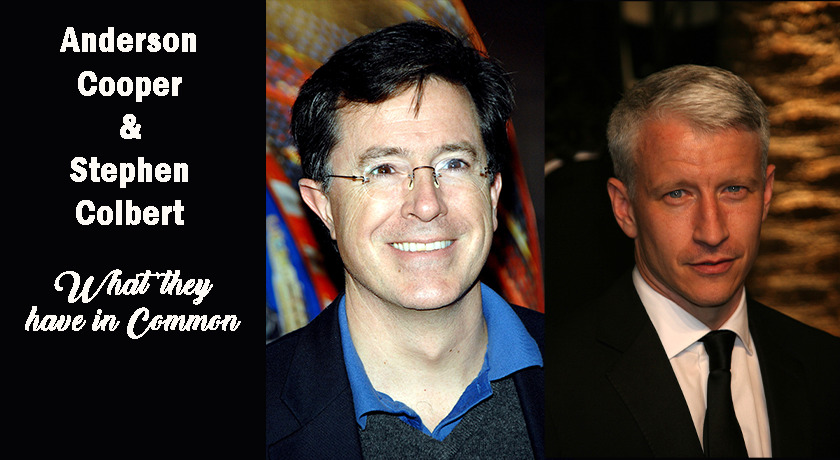 Stephen Colbert says that grief has taught him “gratitude” in a recent discussion on the podcast All There Is With Anderson Cooper, listed on CNN audio.

Cooper initially began the podcast after the loss of his mother, shares the podcast review site Podsauce. It follows his background and family history, which inevitably includes his grief through loss, something which he and Stephen Colbert bonded over in their conversation for the latest episode. Feeling alone, Cooper reached out to others who had experienced the same feeling, to help his listeners understand and work through their own pain.

“There is a value to having experienced it,” says Colbert, “…seeing that pain as something that can…light your knowledge of what other people might be going through.” Colbert’s two brothers, Peter and Paul, and their father passed away in a plane crash on September 11th, 1974, when he was just 10 years old, according to CNN. It was a difficult time for his family, especially for his mother, which Anderson Cooper related to in their discussion of loss.

Cooper’s own father passed away when he was 10 from a heart attack, reports Yahoo Life, which had a deep impact on his own decision to have children. 10 years after his father’s death, Cooper lost his brother Carter to suicide in 1988. Experiencing loss at such a young age led both writers to feel their grief deeply.

CNN states that Cooper feared for a long time that he would pass away at 50 like his father. It wasn’t until a doctor reassured Cooper of his good health that the journalist felt ready to have children, finally reassured that they likely wouldn’t be left to deal with the grief he had felt. Now a father of two boys, Cooper says all he wants is for his children to feel safety and stability from him. “I don’t want them to see shadows of loss and grief hiding somewhere deep behind my eyes like I did with my mom,” he says, reflecting on the intensity of loss his entire family experienced, hoping instead that they will be able to see only the love he has for the two of them.

For Colbert, this reflection on mortality came through his own family as well, when he saw his children beginning to grow up. His own anxiety surrounding his children reflected Cooper’s- both understand how precious life is, and how hard loss is, for parents and children alike. Grief resembles a doorway for the television host, “because you’re going to be a different person on the other side of it,” something which he shared with Cooper on the podcast.
Colbert says he has found some peace in “learning to love and accept the thing you wish had never happened,” citing his faith as a Catholic on Yahoo Life as one of the ways he accepts the world as it is, a mixture of good and bad experiences, and a place full of love.