5 Non-Verbal Signs He's Really Into You 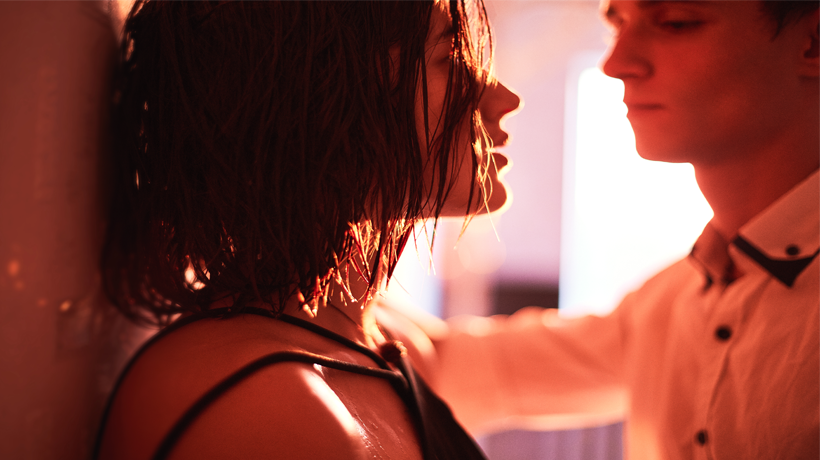 It’s no surprise that the majority of communication between humans takes place without words. Consider this: things that cannot talk communicate all the time. For example, your dog cannot talk but she lets you know what she wants and how she feels with amazing clarity. Human communication is a lot more complicated thanks to the invention of language. But if you knew how to read non-verbal communication*, you might be able to determine, for instance, “is that guy really into me?”

He smiles
What a great start: a smile. A smile from a potential mate may indicate that they are ‘on the market’. If it is accompanied by open body signs—arms that are not crossed, legs that are not crossed and a steady gaze—then those are strong signs that he likes what you’re cooking.

He leans in
It’s more than just a book by Sheryl Sandberg. When a potential mate leans in towards you, it is a sign they are trying to engage with you. It could be because it’s easier to hear one another, but it subconsciously shows interest by filling the senses with the person they lean towards. Remember being a kid and sitting six inches away from the TV? That was because you were engaging with the TV and excluding everything that wasn’t the TV; same idea.

His feet are pointed toward you
Huh? Feet? What? Yes, it’s true! When someone is really interested in something or someone they subconsciously point their feet at it. It’s an indication that they want to move towards that interesting thing, or in this case, you. On the other hand, if he is looking at you but his feet are pointed towards the door, it indicates that (subconsciously) he wants out that door. Follow the feet!

He removes barriers
Picture the room. Here’s you over here. Here’s him over there. If he’s interested, he is going to want as few things in-the-way between the two of you as possible. He’ll pivot around a pillar, move a chair, and otherwise to make sure that nothing stands between you. In contrast, think of how women tend to construct barriers between themselves and people they are not attracted to (or are intimidated by) .

He holds your gaze
You probably aren’t too interested in that guy who, every time you look over at him, you catch him looking away really quick. That’s a shifty behavior that sets off danger signals. In contrast, if a man holds your gaze, it means he wants to get to know you. The eyes are like doorways to our inner selves.

Now, there are other non-verbal signs, like adjusting their appearance (they want to look good), grooming (picking a piece of lint off you), gentle contact (brushing against your hand or finding an excuse to move your hair for you), and speaking openly about their lives and dreams—but these are just some of the ones more noticeable at a physical distance.
*Based on published anthropological research