5 Not-So-Obvious Reasons Why You're Holding Onto Him 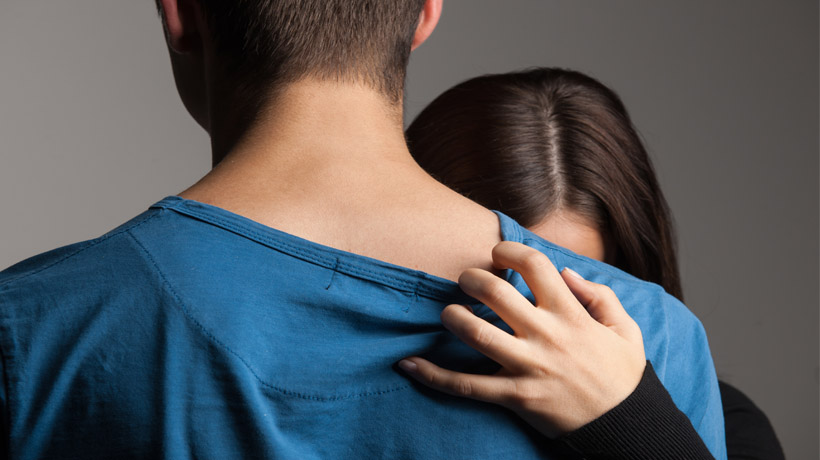 The inability to let a guy go can take on many forms. Maybe you’re sticking it out in a relationship that you know should have ended months ago, or maybe you’re stuck in a revolving door of attempts with your ex. Either way, you’re holding onto someone who you’re not supposed  to be with. It can be tough to reflect and realize why, so here are the five most common reasons. Brace yourself, they’re brutally honest – but the only way to break free is to become self-aware.

You may feel insecure
Whether you admit it or not, the deep-rooted  reason you’re still holding onto this guy who’s clearly wrong for you is because you’re worried no one else will want you. Silence that negative inner voice – own your awesomeness and believe that you’ll find a guy who’s perfect for you.

You may be lazy
It’s true, getting comfortable in a relationship takes a lot of time and effort. You’re worried that a new relationship will take forever – or never end up – getting to that point.  But not wanting to devote the time to a new relationship is no reason to keep coming back to the old one – let him go and invest in a happier future.

You’re people-pleasing
It can be hard to end a relationship when it seems like everyone else loves the guy you’re with. But they don’t have to sleep next to him every night – you do. No matter how much your mom or BFF likes him, you know yourself best. If you aren’t as satisfied as they are, let him go.

You’re nostalgic
Past relationships can make you miss the way things used to be – maybe he reminds you of younger years or happier days. That feeling of home comes from being with someone for so long that you’re entirely comfortable, rather than from the guy himself. Don’t hold onto him just for that nostalgic feeling; you’ll find it with the right guy eventually.

You have a ‘savior complex’
Too many times, women hold onto guys who are wrong for them because they think they can change them (for the better). It’s noble not to give up on a guy at the first sign of conflict, but when the issues involve who he is as a person, you may never fix them. Don’t waste your time trying to mold the wrong guy into someone you want. Instead, focus on finding Mr. Right.