5 Reasons Why Female Friends Are Good For Your Health, According to Science 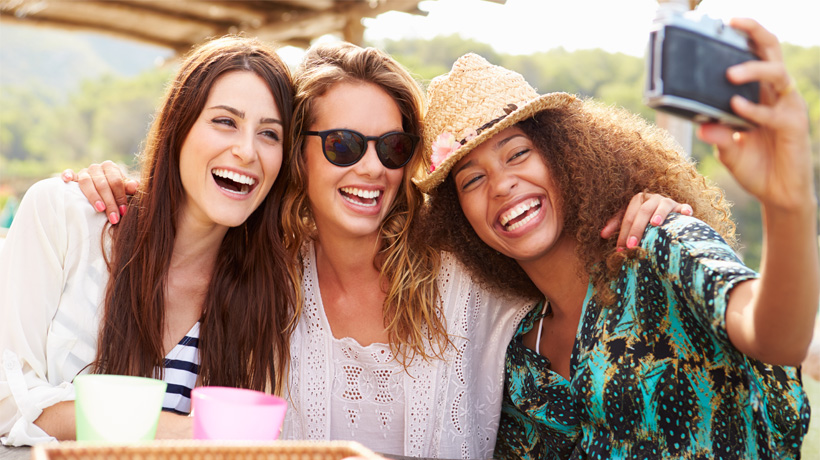 Society has long believed that women are more nurturing and empathetic than their male counterparts, allowing them to have closer and more genuine friendships. From Sunday brunches to late night phone calls, it’s been said that you can always trust your gal pals to have your back.

They may help you live longer
Researchers from Harvard Medical School studied the health of a sample of nurses for decades, and discovered that the more friends these women had, the less likely they were to develop physical impairments as they aged. This means that having female friends can literally save your life!

They make you less lonely
While many are quick to point out the dangers of things like smoking or obesity, no one really talks about the consequences of loneliness. According to a study conducted by health insurer Cigna, loneliness has the same impact on mortality as smoking 15 cigarettes a day. Having female friends allows for connection, intimacy, and emotional support. It even boosts serotonin, or your body’s “happy chemical,” making you physically and mentally healthier!

They make you less stressed
A study completed by UCLA found that women are biologically programmed to seek out female friendships in times of stress. The authors noted that studies done in the past regarding stress only examined men, with researchers drawing the conclusion that our bodies respond to stress with fight or flight. However, for women, the body’s stress responses are different. In addition to experiencing fight or flight, women also produce oxytocin (“love hormone”)  during stress, which buffers the fight or flight response and allows us to “tend and befriend,” or tend to the children and socialize with other women.

They help your career
With the nature of our patriarchal society today, many would probably assume that having a male friend would be the best way to get ahead in the workforce. According to research by Gallup, women with friends at work are more productive and report higher levels of job satisfaction than those without. Another study by LinkedIn revealed that around 70% of professionals get hired at companies where they have a professional connection, meaning your “work wife” could be the reason you get that promotion!

They can help prevent trauma or PTSD
In a separate part of the previously mentioned study from Harvard Medical School, researchers examined how their nurses functioned after the death of a spouse. Those who had a close female friend or confidante were more likely to survive the experience without any new physical impairments or permanent loss of vitality. This also applies to women who experienced other traumatic events, such as divorce and miscarriage. Studies show that this kind of social support can help prevent the development of trauma-induced disorders like post-traumatic stress disorder (PTSD).