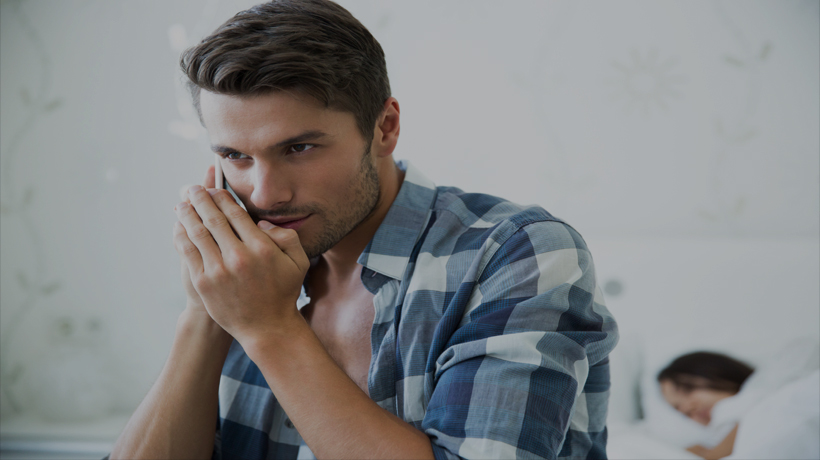 Cheaters often get away with their infidelity because their partners don’t take heed to red lights. So ladies, if you notice that he’s developed a few of these habits in the relationship, you might want to open your eyes.

He constantly hides his phone
When you two are together he never has his phone out. He makes sure it stays in his pockets. If he ever receives a call, he quickly ends it in panic or he steps out of the room to talk in private.

He’s not being close with you
Not only is the emotional intimacy gone, but he doesn’t even want to be physically intimate anymore and stops it entirely. He suddenly needs space.

He gets defensive quickly
When approached about the situation, he becomes very angry and defensive, which isn’t unusual for a liar. He might even try to turn things around on you by blaming you for your lack of trust in him.
He points fingers at you
He accuses you of cheating or has an outburst over something simple. He could be using these as excuses to get closer to someone else or to divert your attention away from himself to cover his tracks.
He uses his job as a cover-up
You notice that he’s been going on a lot of “business trips” and working lots of “late nights.” Some events just pop up out of nowhere and some you’re not told about from before. They also become more frequent over time.