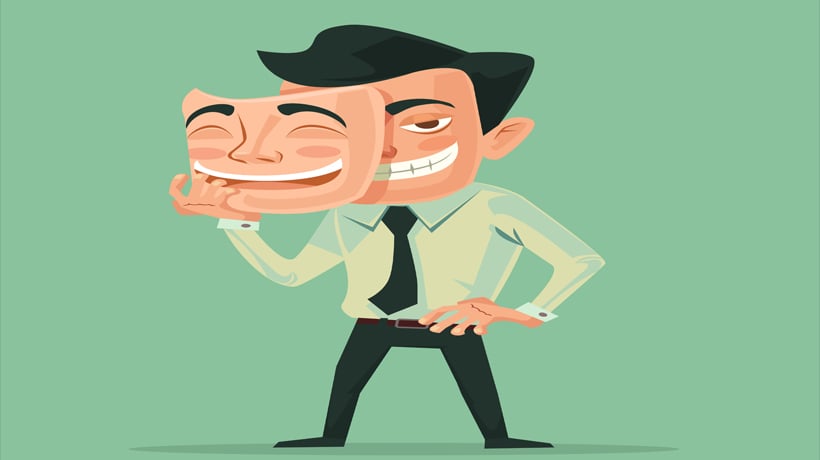 Some people would rather smile while they stick a knife in your back than actually tell you how they feel. This might stem from a fear of confrontation, but it results in the classic “passive-aggressive” behavior.

Generally, our society does not find it acceptable to be outwardly aggressive towards others, so it encourages us to hide how we feel when we are upset. That’s where being aggressive–but in a phony way–comes from. Let’s break that trend with some coping suggestions.

Confront them, constructively
If a person in your life is being phony, confront them. Tell them how you feel, how you think they are making you feel. You may find that they are guarded because of some pain in their life. Whatever the case, talk about it and get to the bottom of it.

Tell them how to treat you
This is very blunt, but if someone keeps coming at you all fake and such, tell them that you’re a very understanding and patient person who can accept constructive criticism. Meanwhile, let them know that this fake behavior doesn’t work for you (it may or may not work, but at least you’re open and frank).

Laugh it off
OK, this might work for you, but it almost certainly will not be appreciated. But hey, this article is for you. So bringing some levity to the situation might disarm them a bit, or make them go away. Either is good.

Set limits for what you will put up with
Since fake people are usually trying to get something from you, make it clear that you don’t respond well to this kind of manipulative behavior, then shut the door (metaphorically). Then, anytime the behavior repeats itself, you repeat your limits and shut the door again (again, metaphorically). You don’t have to put up with this $#@%, so don’t.

Fake people are built into the very fabric of our civilization, unfortunately. You aren’t going to change the world, but you might be able to change how people treat you: directly and with respect. Good luck.