5 Signs He's Mentally Checked Out of the Relationship 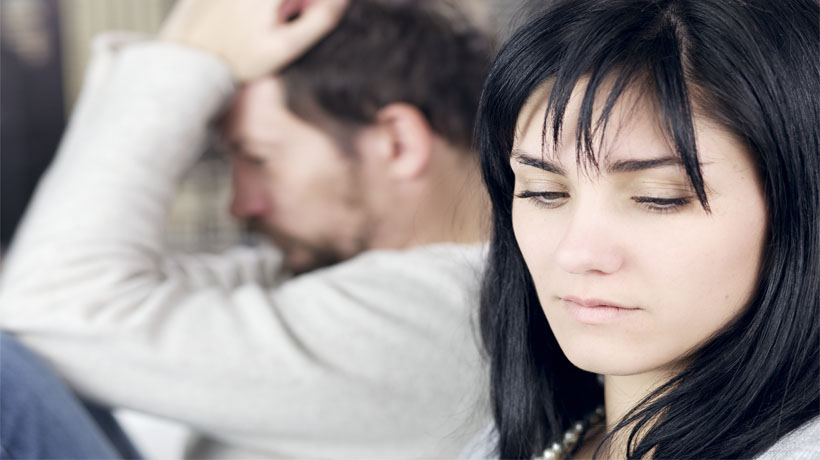 Couples who’ve been together for seemingly forever are something to be admired. While it may seem like a relationship that has defied the test of time is near the top of your goals, it still has plenty of obstacles. Securing a relationship is one thing, but keeping it alive is another. Beware of the telling signs that indicate that you may be fighting a losing battle with your partner.

‘Stonewalling’ is the new normal
Categorized by renowned researcher Dr. John Gottman as one of “The Four Horsemen,” ‘stonewalling’ is considered to be among the biggest predictors of divorce. It’s the act of withdrawing and shutting down from an argument rather than confronting the issue and trying to reach a resolution (think: a more intense version of the silent treatment). While you make every effort to address any problems with him, he’s completely unresponsive–-in turn, infuriating you and making you feel ‘checked out’ as well.

He no longer asks how your day was/is going
You may have noticed that the mid-day texts have stopped or that he barely acknowledges you when you get home. Checking in with each other throughout the day is a two-way street but something’s got to give when you’re the only one initiating. You begin to feel like you no longer cross his mind when you’re not together.

Sex is non-existent or feels forced
He’s not as affectionate as he used to be, and it’s no different in the bedroom. In fact, you struggle to remember the last time you both were physically intimate. And when it does happen, it seems like a chore that he simply just wants to be done with.

His plans no longer involve you
You observe that he’s out and about more than usual, whether he’s meeting up with friends or generally just avoiding your presence. You rarely see him, and in the off chance that you do, he isn’t present. Even when he does have some free time, he no longer suggests that he spend it with you. You begin to wonder if he may be cheating.

He’s just ‘going through the motions’
Whenever you ask him about plans for dinner or a date night, it’s like you’re talking to a wall. He will go along with whatever you say, without any sense of enthusiasm or desire. He couldn’t care less about your decisions and it’s evident in his reactions. Has he fallen out of love?

Although this article may suggest the behavior of long-term relationships, the signs may also apply to some relationships in their early stages. Either way, it’s time to reevaluate your situation.